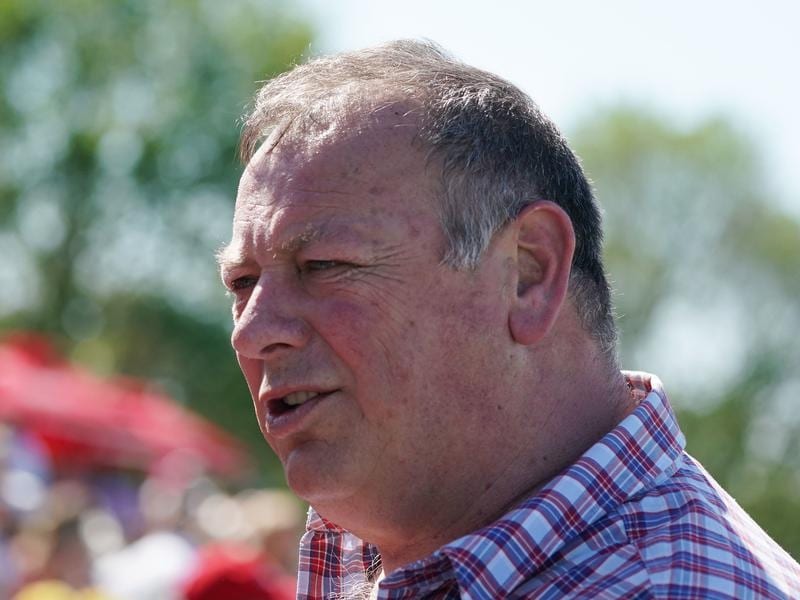 Trainer Mike Moroney is set to unveil his latest import, with lightly raced Aktau to make his Australian debut at Flemington.

Aktau was bought in the hope he will develop into a Melbourne Cup prospect.

The four-year-old English gelding, who has one win from four starts in England, arrived in Australia during the spring.

“We knew that Vengeur Masque, who has been our Melbourne Cup horse for a while, probably only had one more year in him so we went to go and buy another one like him,” Moroney said.

“This is the horse we ended up with.

“He won at Goodwood over the carnival. He’s a lightly raced horse. A big, leggy bloke that has probably shown more speed than Vengeur Masque did over shorter trips.

“It will be interesting but he doesn’t really know his craft much at all yet.”

Aktau is by stallion Teofllo and won a rating 90 race for three-year-olds over 2253m on August 2 at Goodwood at his most recent start.

He arrived in Victoria in late September with international visitors for the spring carnival and completed quarantine at Werribee but connections decided not to run him during the Melbourne spring.

“We were working him there, trotting and cantering him, and we just let him settle him,” Moroney said.

“We’re hoping to get two or three runs into him, just to educate him and get us to know a bit more about him as well.”

Aktau has barrier three in a field of 15 for Saturday’s benchmark-84 race and will be ridden by Jye McNeil.

Moroney, meanwhile said eight-year-old gelding Vengeur Masque was only three or four weeks away from making his return after missing the 2019 spring carnival because of a hock injury sustained in the paddock just before he was due to return to work.

A winner of the Geelong Cup and Queen Elizabeth Stakes in 2017, Vengeur Masque was unplaced in the 2018 Melbourne Cup and finished second in this year’s Group One Sydney Cup in April at his most recent start.

Moroney said the Adelaide Cup would be his aim while stablemate Sound is being directed towards the Auckland Cup.