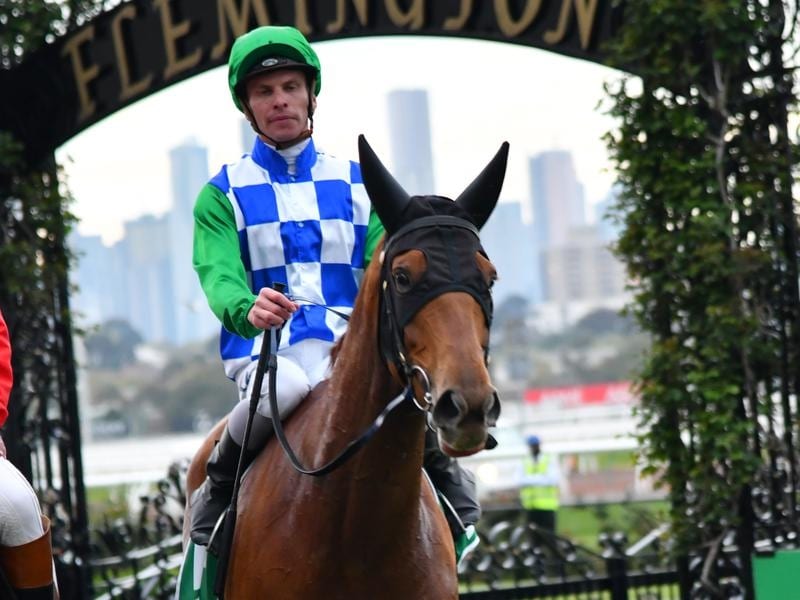 Moonlight Maid has provided trainer Mitchell Freedman with a milestone win at Flemington.

Moonlight Maid has provided trainer Mitchell Freedman an early a career highlight with her last-to-first victory in the Edward Manifold Stakes at Flemington.

Ridden by Ben Melham, Moonlight Maid ($41) powered home down the centre of the track to win Saturday’s Group Two race from Fascino ($19) with the $2.90 favourite Miami Bound in third place.

Freedman, 30, has been training in his own right for six years after being a one-time foreman for disqualified trainer Darren Weir at Warrnambool.

He remembers Moonlight Maid’s sire Puissance de Lune and the filly’s dam Manhattan Maid in his time with Weir.

“I had a lot of thrills with those horses and it’s great to be able to train the progeny of them to win a Group Two race,” Freedman said.

Transferring bases from Warrnambool to Ballarat, Freedman has almost 50 horses in work.

Freedman came through the ranks with fellow trainer Daniel Bowman at Warrnambool who recently landed his first Group One when Begood Toya Mother won the Sir Rupert Clarke Stakes at Caulfield.

“We sat down at one time and said if we can’t train a stakes winner in 10 years, we should give it away, so we’re happy to tick that off,” Freedman said.

Freedman said he won’t be pressed into running the filly in next month’s VRC Oaks if he feels she is not ready for the 2500m journey.

He believes the three-year-old will be better credentialed in the autumn.