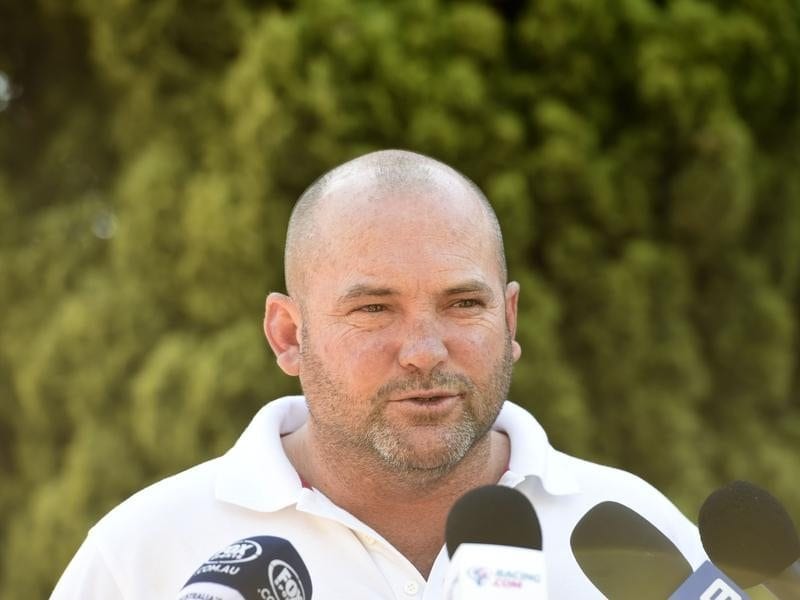 Former trainer Peter Moody is a part-owner of Mulga Thumper who will make his debut in Queensland.

Former trainer Peter Moody will renew an association with one of his favourite horses when two-year-old Mulga Thumper makes his debut.

Trainer Chris Munce will accept with Mulga Thumper for races at Doomben on Saturday and Caloundra on Sunday.

Mulga Thumper is by one of Moody’s former star sprinters Golden Archer who stands at Raheen Stud on the Darling Downs.

Moody was one of Australia’s leading trainers before he walked away from training after being suspended for six months on a presentation charge for elevated cobalt in one of his horses.

He now mixes his time as a bloodstock agent and on the guest-speaking circuit.

Moody and his wife Sarah are part-owners of Mulga Thumper who is out of Pigtails.

Munce said Moody would be at the Inglis Sale in Sydney this week but would be glued to the television no matter where Mulga Thumper started.

“I have him in Brisbane where he has drawn well. But Kevin Kemp has a smart one in the field and I just want to have a look at the Caloundra field as well,” Munce said.

“Mulga Thumper has some ability but I want to give him the easiest possible initiation.”

“I wasn’t surprised Peter has a Golden Archer horse as he always spoke very highly of him as a professional racehorse.”

He was part of a Group One trifecta for Moody in the Lightning Stakes when Black Caviar broke the 1000 metre track-record at Flemington.

She clocked 55.42 seconds with stablemates Moment Of Change and Golden Archer chasing her home.