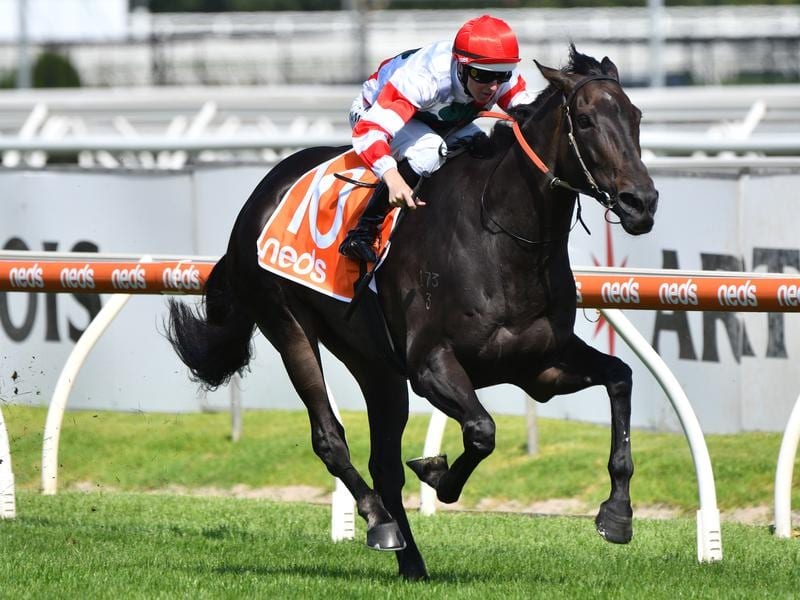 Miss Siska is out to improve on her 2019 result when she contests the Coolmore Legacy Stakes.

After going close to winning the Coolmore Legacy Stakes at Randwick a year ago, Miss Siska is back in Sydney for another crack at the Group One race for fillies and mares at Randwick.

Trained in Victoria by Grahame Begg, Miss Siska hit the front in the straight in last year’s edition but was swamped in the final couple of strides and finished fourth, beaten less than half a length by winner Kenedna.

It is the closest the six-year-old has come to a Group One win from four attempts and Begg has freshened the mare for Saturday’s 1600m race since she was unplaced in last month’s Australian Cup (2000m) at Flemington.

Begg has secured in-form visiting English jockey Tom Marquand to ride Miss Siska and the trainer hopes the mare will get the run of the race just behind the lead from barrier one.

“Last year she was second-up into it after winning the Bendigo Bracelet so it’s a completely different preparation.

“But we’ve got a bit more of a handle on her now and we feel she’s going as good as she has done.”

Begg remains in Victoria given there are restrictions on racing participants’ interstate movements during the coronavirus pandemic but he has a staff member in Sydney looking after the mare.

Miss Siska showed she was on target with a pleasing barrier trial win at Randwick last week.

“It was going to be a five-week break between runs so we were just keeping her up to the mark,” Begg said.

“All the signs are positive.”

Begg had the option to press on to the Ranvet Stakes (2000m) in Sydney with Miss Siska two weeks after her Australian Cup run but he felt it made more sense to wait for the Coolmore Legacy.

He says horses dropping back from 2000m to 1600m are often effective.

“Even the other day, the Doncaster winner (Nettoyer) was coming back from 2000 metres and Chris Waller has used it successfully over the years,” he said.

Miss Siska was at $11 on Tuesday with the Waller-trained Funstar, the only filly in the field, $3 favourite.

Funstar is also dropping back from 2000m after running fourth in the Group One Vinery Stud Stakes.

Foxplay (2017) and Alizee (2018) both won the Coolmore Legacy after finishing fourth in the Vinery.