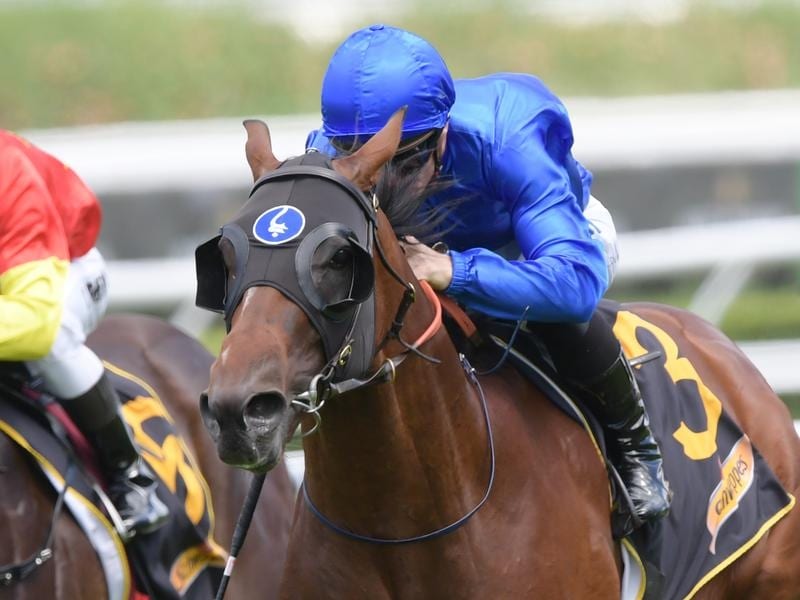 Microphone was nominated for the Listed Kensington Stakes but wasn’t among acceptances on Wednesday.

Three-year-old Microphone was nominated for Saturday’s Listed Kensington Stakes (1000m) at Flemington, in which he would have had to carry 60kg and give weight to all his rivals, but he was not among acceptances on Wednesday.

The Kensington attracted a field of only six, with three-year-olds Time To Reign (54.5kg) and Sartorial Splendor (54kg) to take on the older horses including last start Listed Christmas Stakes winner All Too Royal (58.5kg).

“The reality is, the scale of the handicap in the Kensington Stakes isn’t what we believed it to be,” Cummings told the Godolphin website.

“We would be asked to give more than five kilos to some well-credentialled runners and we don’t believe that is in the best interests of the horse.”

The Australia Stakes (1200m) is on Friday week under lights at The Valley and is run under weight-for-age conditions.

Microphone starred during his juvenile season, winning four of his six starts as a two-year-old, including the Group One Sires’ Produce Stakes at Randwick last April, and finishing second in the Golden Slipper.

The colt raced only once during the spring, finishing third in the Roman Consul Stakes in October.