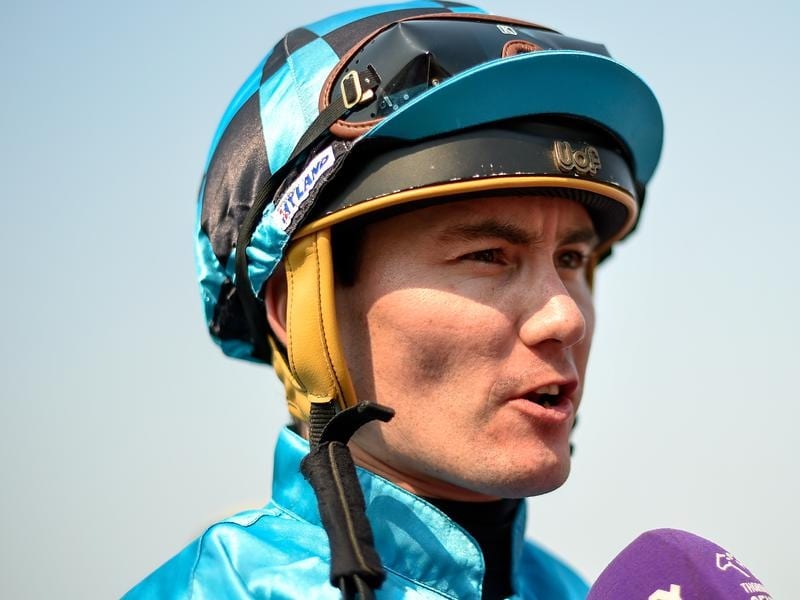 Jockey Michael Hellyer hopes to celebrate his 600th winner with a feature at the Sunshine Coast.

Popular jockey Michael Hellyer would love to celebrate reaching 600 career wins with another feature race success at his favourite track, the Sunshine Coast.

The seaside track has been a happy hunting ground for Hellyer with 118 of his winners achieved there including his first feature win aboard Tuskegee Hawk in the 2012 Listed Sunshine Coast Guineas.

He has five rides on Saturday including veteran Monsieur Gustave in the Listed Sunshine Coast Cup.

Monsieur Gustave, one of three runners for trainer Daryl Hansen, is struggling to recapture the form which resulted in him winning four stakes races in a row, including the Sunshine Coast Glasshouse, in 2017.

Hellyer has been his regular rider and believes Monsieur Gustave will be better suited back on his home track with the likelihood of soft going.

“It was a genuine thrill to reach 600 winners and of course it would be the icing on the cake to win a big race in the same week,” Hellyer said.