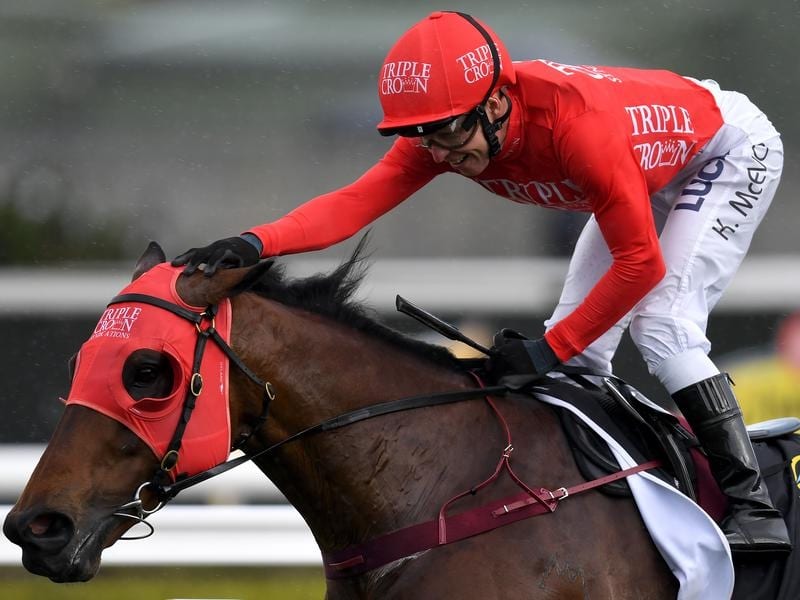 Kerrin McEvoy has selected Redzel over Classique Legend as his mount in the $14 million Everest.

Kerrin McEvoy has been locked in as Redzel’s rider for an attempt at an Everest three-peat.

In one of the most anticipated jockey moves of the spring, McEvoy has selected Redzel as his Everest mount over emerging younger sprinter Classique Legend.

Syndicator Triple Crown confirmed McEvoy would ride Redzel, winner of the first two Everests with the champion jockey on board.

“Decision made. (Kerrin McEvoy) commits to ride Triple Crown’s Redzel in The Shorts and the Everest,” the syndicator posted on social media.

McEvoy has been the only jockey to ride Classique Legend, a promising sprinter with three wins from four starts who will be an Everest runner for owner Bon Ho and Carmel Size.

He rode Classique Legend to win a Randwick barrier trial over 1000m on Tuesday before making his Everest call.

Redzel and Classique Legend will clash in The Shorts, a Group Two race over 1100m at Randwick on September 21.

Size said premiership-winning jockey Nash Rawiller had been booked as Classique Legend’s rider in The Shorts.

“We respect the decision of Kerrin McEvoy to stick with Redzel in The Shorts. We wish him the best of luck,” she said.

While Redzel returned to racing to claim the Concorde Stakes for the third time at Randwick on Saturday, Classique Legend is yet to be produced this season.

Redzel put a below-par autumn behind him with an all-the-way win under McEvoy in the Concorde, beating two confirmed Everest slot runners in Pierata and Sunlight.

A four-year-old, Classique Legend hasn’t raced since winning the Arrowfield 3YO Sprint at Group Two level during the Sydney autumn carnival.

Redzel is a $7 chance for an Everest hat-trick while Classique Legend is on the fourth line of betting at $8 for the October 19 sprint.