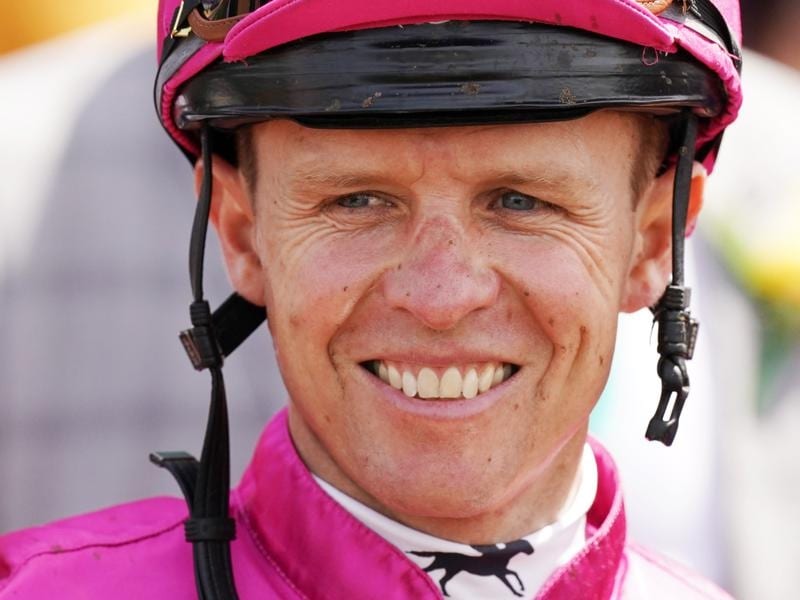 Star jockey Kerrin McEvoy only needs to cast his mind back to April to gain confidence about Japanese horse Kluger’s ability to run well in the Mackinnon Stakes at Flemington.

McEvoy rides Kluger in a race for the first time in Saturday’s weight-for-age Group One $2 million Mackinnon (2000m) at Flemington, with Kluger looking to bounce back from a disappointing Cox Plate showing at The Valley two weeks ago.

Kluger, ridden by Tommy Berry, was one of three international invitees in the $5 million Cox Plate but finished second last in the field of 14 with the race won by Japanese mare Lys Gracieux.

McEvoy believes Kluger had a genuine excuse and thinks the eight-year-old can bounce back on Saturday and perform strongly.

Kluger has undergone minor laser surgery for entrapped epiglottis since his last start.

“Kluger was disappointing in the Cox Plate but they actually found an abscess in his throat which has now been healed,” McEvoy said.

“He missed a couple of days work but they decided to run him in the Mackinnon and he has pleased them since.

“I actually went and had a sit on him yesterday and he seems happy.

“He’s quite relaxed in his work but he cruised around there and stretched his legs.

“It’s a big field but if you look at his form, I remember when he whizzed up along the inside and ran Winx to a length-and-a-half over 2000 metres.

“If he can get to that form then he’s going to run a great race.”

Kluger was second to Winx in the $4 million Queen Elizabeth (2000m) in April while McEvoy was third in the race on Hartnell, the grand Godolphin-owned gelding who will have his final start in the Mackinnon with Hugh Bowman aboard.

Star New Zealand mare Melody Belle claimed the 10th Group One win of her career, and first in Australia, with a dominant performance in the Empire Rose Stakes (1600m) against her own sex at a rain-sodden Flemington last Saturday and she is favourite for the Mackinnon.

Melody Belle will race on a seven-day back-up for the first time but trainer Jamie Richards says the mare has given the right indications during a light week, including eating well and holding her weight.

“As long as she can hold her form, I’ll be very happy. But if she improves, watch out,” Richards said.

“She’s going well. She’s had a couple of quiet days at the beach and seems happy. She did a bit of three quarter pace work on Thursday.

“We’ve ticked all the boxes we thought were necessary and hopefully tomorrow she will run well.”