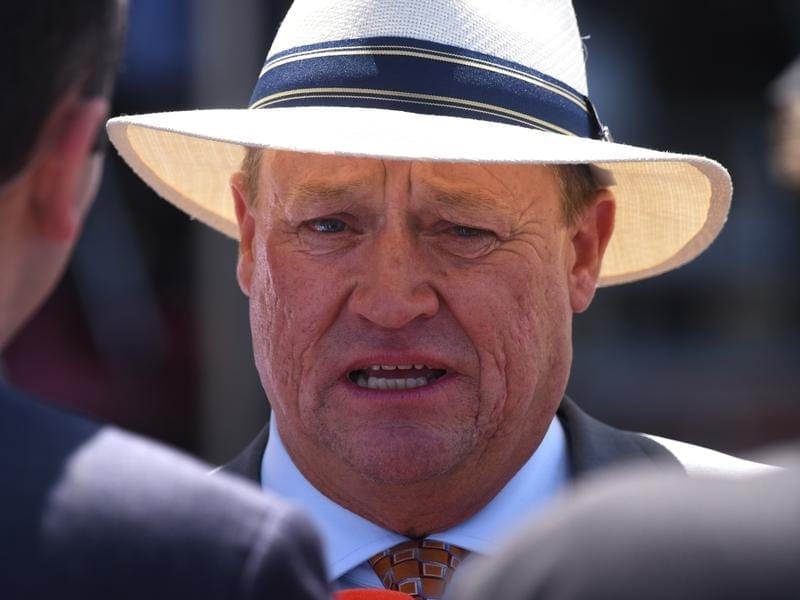 Tony McEvoy will pit stablemates East Indiaman and Crockett against each other at Flemington.

Trainer Tony McEvoy attacks a race at Flemington with a pair of three-year-olds that have had their latest races in South Australia.

McEvoy took East Indiaman to South Australia after he finished fourth at Bendigo in early July and the colt scored a 4-3/4 length victory at Balaklava on July 18.

“In Melbourne at the moment you can run really well in your first two or three runs and if you don’t run a place you get balloted out,” McEvoy said.

“I could sense that was going to happen so I whipped him over the border, got him a win and now he gets a run in something, so it was important to get that win under his belt.

“This is a significant step up but he’s there because I have a lot of time for the horse.

“I think he’ll hold his own pretty well.”

McEvoy also has a healthy opinion of Crockett, the winner of one of his seven starts.

As a two-year-old the gelding campaigned in Brisbane before running down the track in the Magic Millions Classic won by stablemate Sunlight at the Gold Coast in January.

Following a break, Crockett has had three runs back, all in Adelaide.

“He’s been in Melbourne a couple of weeks,” McEvoy said.

“He’s been confusing me a little bit as I thought he’d come back beautifully.

“His first run back was fabulous, his second run was a bit plain and his third run was again a bit plain even though he got interfered with when he clipped heels and dipped.

“I thought a change of scenery coming over to Melbourne might pick him up.

“I can’t fault him, he’s in great order but his form has got to come up.”