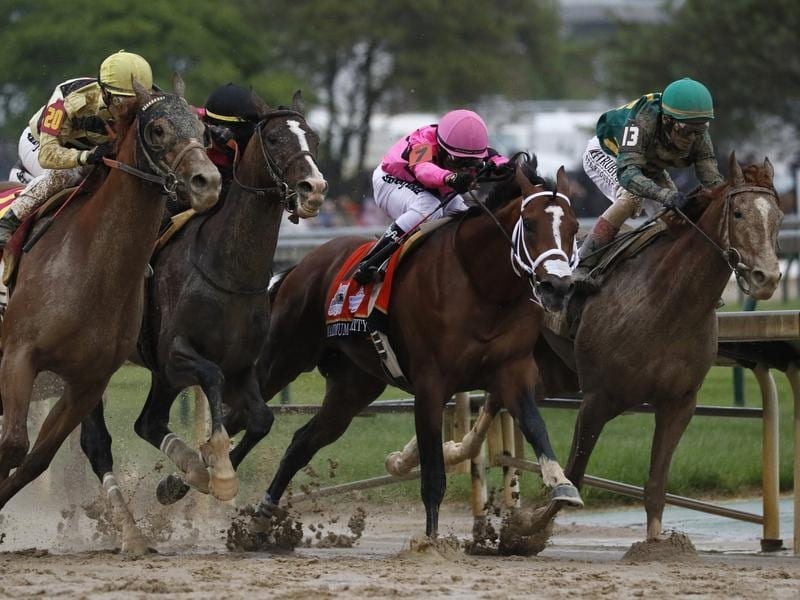 The owner of disqualified Kentucky Derby winner, Maximum Security, has so much confidence in his horse he has issued a $20 million challenge to several rivals.

Gary West is offering $5 million each to the owners of Country House, War Of Will, Long Range Toddy and Bodexpress if any of those colts finish ahead of Maximum Security the next time they race against him this year.

“Most experts agree that Maximum Security was the best horse in the Kentucky Derby,” West said.

“I don’t care to discuss the controversy surrounding the events of the race and the disqualification of my horse at this time, but I firmly believe I have the best three-year-old in the country and I’m willing to put my money where my mouth is.”

Country House was the elevated winner of the Kentucky Derby while War Of Will placed 7th after finishing 8th, Bodexpress went to 13th from 14th and Long Range Toddy 16th from 17th.

West said his offer had nothing to do with what happened in the Kentucky Derby on May 4 in which Maximum Security was disqualified after stewards agreed he interfered with the path of other horses in the final turn.

The decision made Maximum Security, who was 4-1 favourite, the first winner to be disqualified for an on-track infraction in the event’s 145-year history.

According to West’s statement, there are no restrictions as to the type of race, location, distance or track surface, and the offer is only valid for the next time Maximum Security races against any of the other horses.

“I am doing this because I think it would be good for racing and a unique opportunity to bring more people into racing because of the elevated interest this would bring to the sport,” he said.