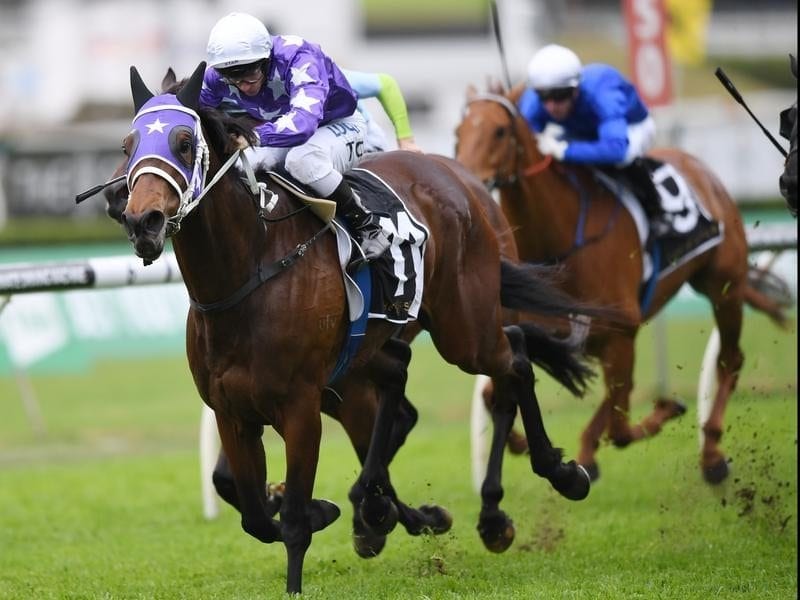 Invincibella has powered clear under Tim Clark to win The Star Mile at Randwick.

Invincibella has shown how much she’s improved following her winless Brisbane campaign by finishing strongly to claim The Star Mile at Randwick.

Sydney trainer Chris Waller sent the four-year-old north in May-June for a three-race schedule culminating in a sixth in the Group One Queensland Oaks.

“She’s come back a better horse. A trip will really make a horse mature,” Waller said.

“She’s never been far away earlier in her career. She’s really put it together now.”

Invincibella resumed successfully in late September in a 1300m benchmark handicap at Rosehill and has comfortably stepped up in class and distance.

“She’s gone up a grade today and taken on some better horses with a light weight (53.5kg) and she showed plenty of acceleration at the finish,” Waller said.

Invincibella, the $2.70 favourite, powered clear under Tim Clark at the 100m mark to leave pacesetter Lubiton ($6) to settle for second a length back.

Waller said Invincibella would prepare for a fillies and mares mile at Moonee Valley on Cox Plate day.

The Group One Myer Classic on November 4 was not a likely option.

“Hopefully Egg Tart, Fox Play and Egg Tart will fly the flag there but she’ll be perfect for the race in two weeks time,” Waller said.