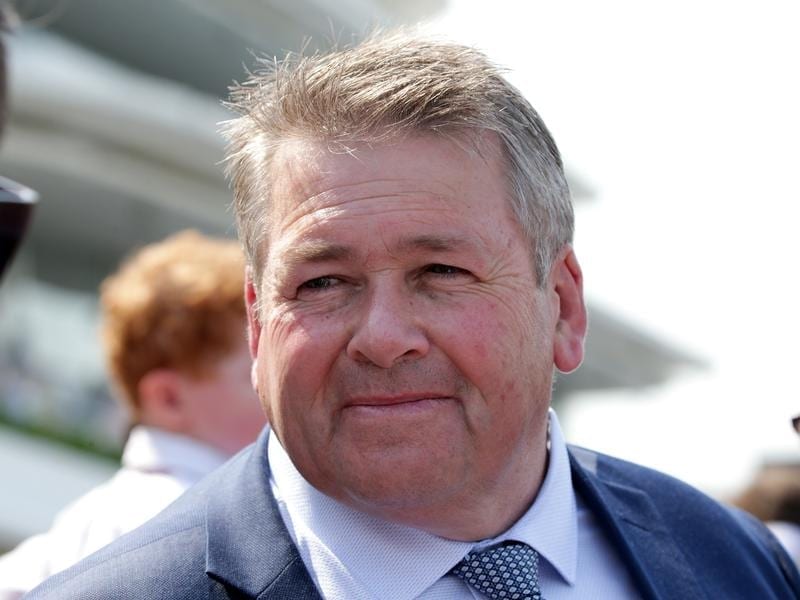 Mornington trainer Pat Carey has jumped at the chance to take former West Australian Material Man to Caulfield to gallop ahead of the Group One Memsie Stakes.

Material Man finished sixth in the Group Three Aurie’s Star Handicap over 1200m at Flemington earlier this month in his first start since being transferred to Carey.

The eight-year-old gelding is nominated for Saturday’s weight-for-age Memsie at Caulfield and a 1400m-handicap.

Carey said the Memsie (1400m) was likely and jockey Rhys McLeod was pleased with how the gelding worked in an 800m-gallop at Caulfield on Tuesday.

“When the opportunity presents itself to work on a course proper, it’s a premium gallop and you don’t want to pass up that opportunity,” Carey said.

“It is good stimulation for a horse to come away from home and older horses like to be kept thinking a bit, so that’s good.

“He is a good, genuine old horse with a great record. He has been well-maintained, well-trained in Western Australia, and if he gets anywhere near that form he’ll be competitive wherever he runs.

“I thought he worked well.”

High profile horse Hartnell, trained by James Cummings, was also taken to Caulfield on Tuesday to work ahead of the Memsie having finished third first-up in the P B Lawrence Stakes.

Material Man won 14 of his 29 starts when trained by Justin Warwick in WA.

His multiple stakes wins in the west include the 2018 Group Two Perth Cup (2400m) while he has been placed in three Group One races.

Material Man raced twice over the Caulfield 1400m in February this year and despite finishing out of the placings in the C F Orr and Futurity Stakes he was not beaten far.

“He has come on nicely since the Aurie’s Star and he has been to Caulfield before at this level and he has run well,” Carey said.

“Obviously he’s getting older but he’s got plenty of vitality about him.”

Material Man is one of the outsiders at $34 in an early Memsie Stakes market with multiple Group One-winning mare Alizee $2.80 favourite ahead of Cliff’s Edge and Scales Of Justice ($7).

“It will be a competitive race and we expect him to be competitive,” Carey said.