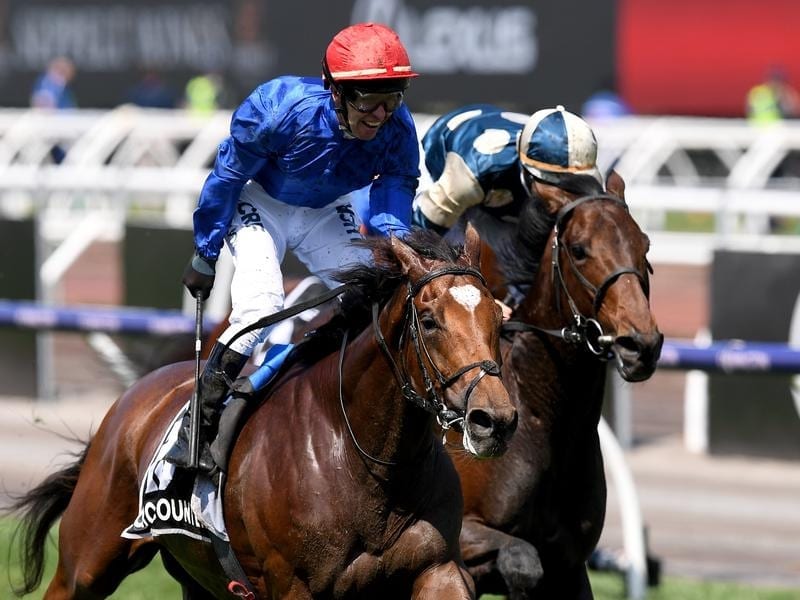 Melbourne Cup runner-up Marmelo (r) has been unplaced in the Group One Grand Prix de Saint-Cloud.

Coronet was beaten a nose in the race 12 months ago by Waldgeist and had continued to perform to a high standard without getting her head in front.

Ziyad, one of two runners for the home team in the seven-strong field, who took them along and deep inside the final furlong he was still in front.

Ryan Moore was challenging on Ziyad’s outside on Lah Ti Dar, while Dettori spied a gap up the far rail on Coronet.

With just strides to go, Coronet poked her nose in front with Ziyad just holding off Lah Ti Dar for second.

The Hughie Morrison-trained Marmelo, who finished four lengths from the winner, may head to the Prix Kergolay in August which he won in 2017 and was second in last year.

Marmelo was ridden by Hugh Bowman to run a length second to Godolphin’s Cross Counter in the 2018 Melbourne Cup.