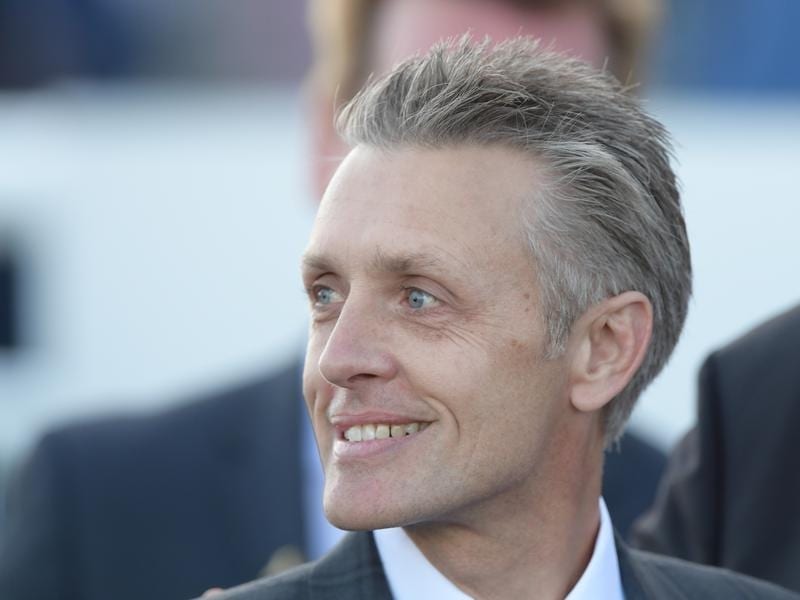 Mark Newnham will be trying to build on his spring carnival impetus with two runners at Rosehill.

Mark Newnham has enjoyed a breakout spring carnival, training his first Group One winner and a VRC Oaks placegetter.

And while it will be business as usual when he takes two horses to a low-key Rosehill meeting on Saturday, he recognises the importance of continuing his momentum.

“We’ve had five Group One runners for a first, a second and a third,” Newnham said of his spring carnival statistics.

“It makes a big difference because they’re the races people notice.”

Maid Of Heaven gave Newnham his first Group One victory in the Spring Champion Stakes while Greysful Glamour and Nakeeta Jane were placed in the VRC Oaks and Flight Stakes respectively.

It’s not a bad statistic for a fledgling trainer who has 60 horses in work and is in the unique position of splitting them between stables at Randwick and Warwick Farm.

His Saturday runners might not reach racing’s greatest heights but Newnham is confident both are handy horses in their own right.

Three-year-old Shadow Bridge has won both starts this campaign, scooting around 900 metres at Newcastle and then leading throughout over 1000 metres at Kembla Grange.

“He was gelded while he was out and that just seems to have switched him on,” Newnham said.

“He’ll carry a nice, light weight and he’ll race up on the pace which is usually an advantage over 1100 metres at Rosehill so I expect him to run well.”

Gibraltar Girl returns for her second campaign under Newnham in the Rosehill Bowling Club Sprint (1100m) and he expects her to improve as she gets deeper into her preparation.

The mare was competitive in stakes grade during the autumn and that’s the level Newnham hopes to get her to again.

“She’s probably not quite right in the coat yet so I’d expect she’ll improve a fair bit after Saturday,” he said.

“We’ll hopefully get her through to some of the nice Listed races over the summer. She’s a mare so any black type we can put on her pedigree is only a help.”

In an open betting race, Gibraltar Girl is a $10 chance with the James Cummings-trained Isaurian a $4 favourite.