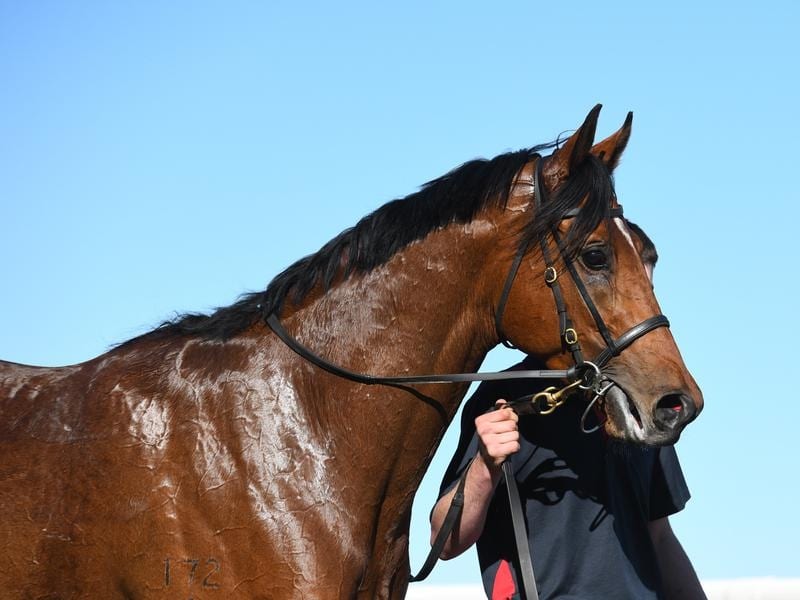 Super Seth will be aimed at the Australian Guineas with the All-Star Mile not a priority.

The All-Star Mile is not a priority for Super Seth who is being aimed at becoming a dual Guineas winner.

The colt will kick off his campaign in the Group Three Manfred Stakes (1200m) at Caulfield on Saturday on his way to the Australian Guineas.

Super Seth stormed home to win the Group One Caulfield Guineas at his most recent start, chasing down Queensland gelding Alligator Blood to win in the final stride.

He remains the only horse to have beaten Alligator Blood, who has won eight of his nine starts.

Super Seth and Alligator Blood, and highly rated New Zealand three-year-old Catalyst, are expected to clash in both the C S Hayes Stakes on February 15 and the Group One Australian Guineas (1600m) two weeks later.

Trainer Anthony Freedman says racegoers will see a more furnished colt than the one who raced in the spring.

“He’s bigger and stronger and a bit heavier. He has developed,” Freedman said.

“He’s much stronger and he’s actually a little bit quieter, which is good.”

Super Seth is among nominations for the $5 million All-Star Mile two weeks after the Guineas.

“I don’t think that’s a race that’s probably on his agenda,” Freedman said.

“The Guineas is first and foremost and then we’ll work it out after that.”

New Zealand’s Waikato Stud secured a majority share in Super Seth after his Caulfield Guineas triumph but Freedman said there was no hurry to whisk the colt off to stud after his three-year-old season.

“I don’t think there’s any rush. I think if he’s racing well they might go on at four,” Freedman said.

“That’s certainly what they’ve said to me.

“Prize money is so good now. They’ve obviously paid a lot of money for him and if they can get a good bit of that back, they’re going to want to do it.”

Freedman said Caulfield Guineas third placegetter Groundswell would also be nominated for Saturday’s Manfred but he was not sure whether he would head there.

“I’m probably keen to separate them so he may end up in Sydney. I’ll nominate and have a look at it,” Freedman said.