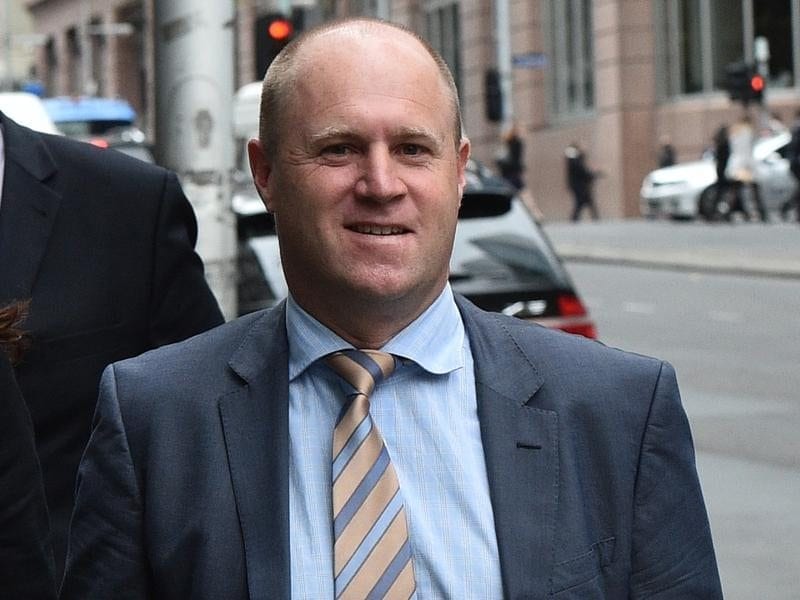 Trainer Danny O’Brien has high hopes for Toffee Nose when the mare runs at Sandown.

A $1 million race at the Magic Millions meeting at the Gold Coast is the main summer target for the Danny O’Brien-trained Toffee Nose who will continue her path when she steps up in distance at Sandown.

Toffee Nose was unplaced in her first-up run this preparation but O’Brien is hoping to see an improved showing from the mare on Saturday.

Toffee Nose’s autumn campaign included a win in the VOBIS Gold Heath (2000m), defeating subsequent Queensland Derby winner Ruthven, before finishing unplaced in her final run of the preparation in the Group One Australasian Oaks (2000m) in May.

Making her first appearance of this season at Bendigo earlier this month, Toffee Nose finished seventh in a 1300m- benchmark-78 race and she steps to 1600m in Saturday’s benchmark-84 for fillies and mares.

“We’re hoping that she’s going to get to the Magic Millions,” O’Brien said.

“There’s a 2200-metre race on Magic Millions day that she’s eligible for.”

The Magic Millions Trophy is on January 13.

“I thought her first-up run was only fair so we’re hoping for a better run on Saturday,” O’Brien said.

“I think she’s a mare that is probably at her best at around 2000 metres so the mile was an ideal stepping stone for her second-up.”

O’Brien has three mares nominated for Saturday’s race but is planning to start Winkelmann and Another Bullseye at Sandown on Wednesday.

He said Toffee Nose’s form as a three-year-old was good.

“She’s got form around horses that have been really solid over the spring,” he said.

“We’re certainly expecting a big improvement from her into a more suitable distance range.”

O’Brien scratched Second Bullet from Saturday’s $300,000 Ballarat Cup (2200m) once the track was downgraded after a downpour.

He has nominated the seven-year-old for the Listed ATC Cup (2000m) in Sydney and an 1800m benchmark-90 at Sandown on Saturday but the gelding is likely to be saved for a race eight days later.

“We’re probably going to wait and run him in the Werribee Cup the following weekend,” O’Brien said.