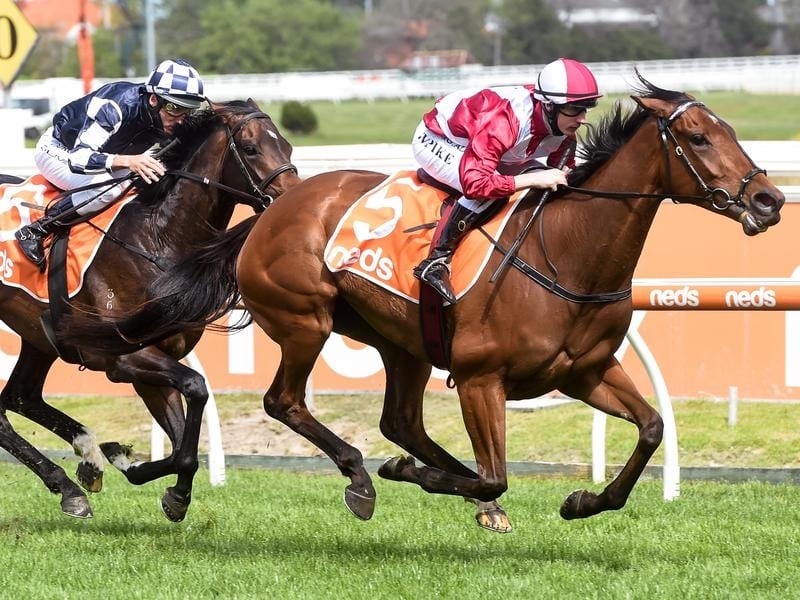 The last day of the Melbourne Cup Carnival is upon us, and it’s headlined by the 2000m Group 1 LKS Mackinnon Stakes at weight-for-age level. A field of 10 has been assembled, including seven Group 1 winners. Arcadia Queen will start the favourite ahead of Mugatoo and Melody Belle. There doesn’t look a great deal of pace on paper, with Shout The Bar, Harlem, Skyward and Dalasan likely to be the horses in the first few.

The nine-year-old is a two-time Group 1 winner at this track and distance and comes off a solid second in the Coongy Cup three weeks ago, where he loomed as the winner but was outgunned late by a handy one. The good track should suit, and he’s likely to get a soft time up on the pace. Craig Williams will utilise the inside alley, and we expect Harlem to run a good race at odds.

He was one of the best closers in the Cantala Mile last weekend and should appreciate 2000m now fourth up. He won the Australian Cup at this track and distance in the autumn, beating Regal Power and Vow And Declare, and should find a similarly run race here. He has drawn wide and will need to get back from the alley, but if there’s enough pace, he’ll be running into the numbers.

This five-year-old won the Toorak Handicap two starts back at Caulfield but was plain in the Cantala, finishing 13th. The 2000m will suit him down to the ground, and he shouldn’t be too far away in the run from barrier three. Jamie Kah jumps off, however, and it seems Mr Quickie needs to improve on his last start.

Mirage Dancer won the Metropolitan and then flopped on a soft track in the Caulfield Cup. Onto the dry will suit him very much, but the drop back to 2000m may not be his ideal scenario.

Kris Lees’ six-year-old gelding was absolutely super in the Cox Plate when fourth after being wide throughout. Staying at 2000m looks his go, and the big Flemington straight should be perfect for him to level up and finish strongly. The good track suits, and barrier nine should allow the in-form Hugh Bowman to settle him in a strong position in the first half of the field.

Skyward is a European import who comes off a fifth in the Geelong Cup behind Steel Prince. The form around that has been moderate since, and it could be franked further if Le Don De Vie runs well in the Queen Elizabeth Stakes on Saturday. He does bring good form over to Australia, which includes a fourth to Anthony Van Dyck at Longchamp, and isn’t the worst roughie in the race.

Dalasan comes off a disappointing run in the Caulfield Cup, but that followed a fourth in the Turnbull Stakes when finishing just 0.3L off Verry Elleegant at this track and trip. Jamie Kah hops off Mr Quickie to get back on Dalasan, which is a plus, and from barrier two, he’s one horse that should be aided by the relatively slow tempo. We can make a fair case for him in this.

The Kiwi superstar came to Sydney early in the spring but wasn’t her normal self. She went back home and won two more Group 1 races in October, adding her tally to 12 of the highest honours. Now she’s back and hoping to go one better in this race after running second to Magic Wand 12 months ago. She loves Flemington and is a genuine 2000m horse. Hard to go past her.

Arcadia Queen was arguably the run of the race in the Cox Plate. She nearly fell at the 800m but finished off strongly despite being on an unsuitable wet track. She stays at 2000m, gets back on top of the ground and returns to Flemington, where she ran well in her only prior start. She beat Russian Camelot earlier in the spring, which looks great form for this. She’s a deserving favourite and the one they have to beat.

This mare was a bit of an upset winner in the Empire Rose last weekend at $31, beating the equal favourite Odeum in a nail biter. The 2000m will only suit this mare, as she is a Group 1 winner at the distance in Sydney when defeating Probabeel. From the outside alley, she is likely to go forward under Damien Oliver and should give it a good shake.