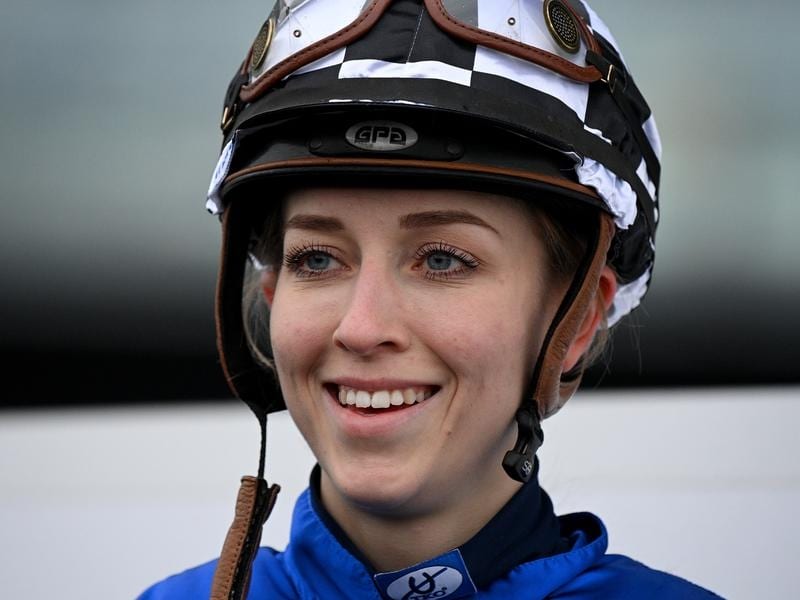 Apprentice Louise Day has landed a winning double at Randwick on Witherspoon and Man Of Peace.

A decision by Louise Day to switch from the provincial to metropolitan zone riding zone has been vindicated with the apprentice celebrating two milestones at Randwick.

Day, who is indentured to Kris Lees at Newcastle, recently made the call to quarantine for two weeks in order to ride in town.

After having immediate success aboard the Lees-trained Wandabaa midweek, she backed it up with another victory for her boss on Witherspoon at Randwick, her first in Saturday city grade.

“This is a massive thrill, thanks to Kris Lees for his support,” Day said.

“My three-kilo claim, it is definitely a big help, especially on these wet tracks.”

Day’s afternoon got even better a race later when she landed a double aboard the Matthew Dale-trained Man Of Peace in the Octagonal Handicap (1400m).

The gelding lifted under Day’s strong riding, rallying back after being headed by Outrageous to score by a short half-head.

There was a nervous wait to have the result confirmed after Tim Clark aboard Outrageous fired in a protest, alleging interference over the final 150 metres, but the objection was quickly dismissed.

Day’s stellar afternoon came with a touch of good fortune after Lees revealed he almost scratched Witherspoon due to the heavy track.

“We nearly kept her for next week but we thought if she hits the ground running, she has got an OK wet-track profile and she is going to give them something to catch with that claim,” Lees said.