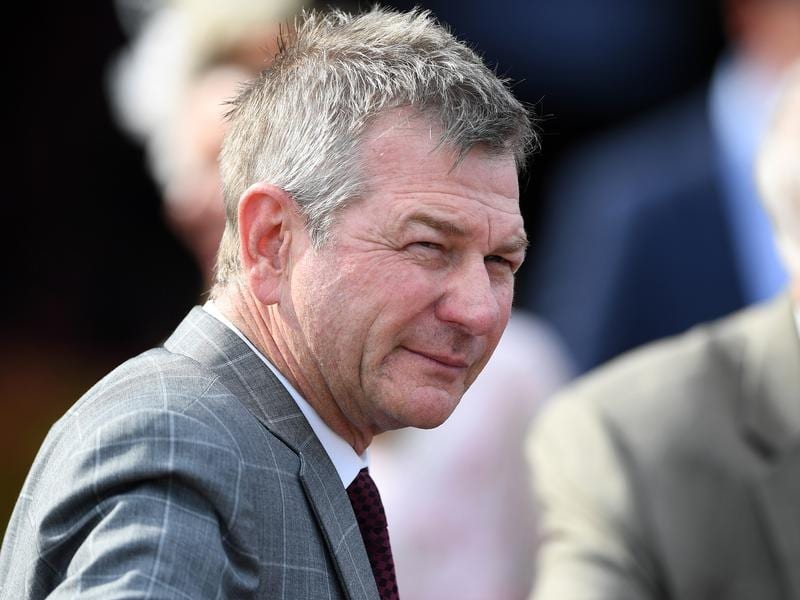 Newcastle trainer Kris Lees will launch a four-pronged attack on $1m The Hunter on his home track.

He won’t be able to dodge an early morning start but Kris Lees can look forward to a more sedate weekend as his hometown of Newcastle prepares to host the inaugural $1 million The Hunter.

For the first time in a long time, Newcastle will be the stand-alone centrepiece meeting in NSW on Saturday boasting three feature events and a nine-race card offering metropolitan prize money.

For Lees, it means he can roll down the road to work rather than make the two hour plus drive to Sydney, even giving him time to take wife Kristy out to breakfast.

“Maybe. I haven’t got that far yet,” Lees said.

“I’m not going to be as rushed as I normally would be to get to the races but it’s still a big day.”

The leading local trainer will be represented in seven of the nine races and has particularly strong arsenal in The Hunter (1300m).

His four runners are led by race favourite Graff but the support crew are no slouches – Group One winner Le Romain, talented mare Invincible Gem and Tactical Advantage, a last-start winner at Flemington on Melbourne Cup day.

Newcastle’s Jason Deamer, who saddles up Bon Amis, and David Atkins with Jonker add further local flavour to the Hunter, a race Lees says will only grow.

“It’s the first year and it’s been thrust on them a bit late so whatever they do, they’ll improve on the product going forward.”

A good barrier draw in eight and handy form in elite races make Graff the stand-out of the Lees quartet but the horse also has a point to prove.

His last win was over a year ago in the San Domenico Stakes and he perhaps still needs to show he is a genuine top-tier racehorse.

“Definitely. But he has raced at a really high level and we haven’t hidden him,” Lees said.

“He’s run in Lightnings and Newmarkets and he hasn’t been far away and he’s taken on the best.”

Le Romain is the class runner and showed he was back to his best with a last-start third to Pierata in the Redzel Stakes.

He has drawn gate 15 but with the scratching of Home Of The Brave, who will run in Melbourne, will jump from 11 if the remaining emergencies do not start.

“I don’t love him being cluttered up on the fence but you can’t be sitting wide without cover either so he just needs a bit of luck in running,” Lees said.

Invincible Gem will also need luck from an awkward draw while Lees’ biggest query with sprinter Tactical Advantage is the distance.