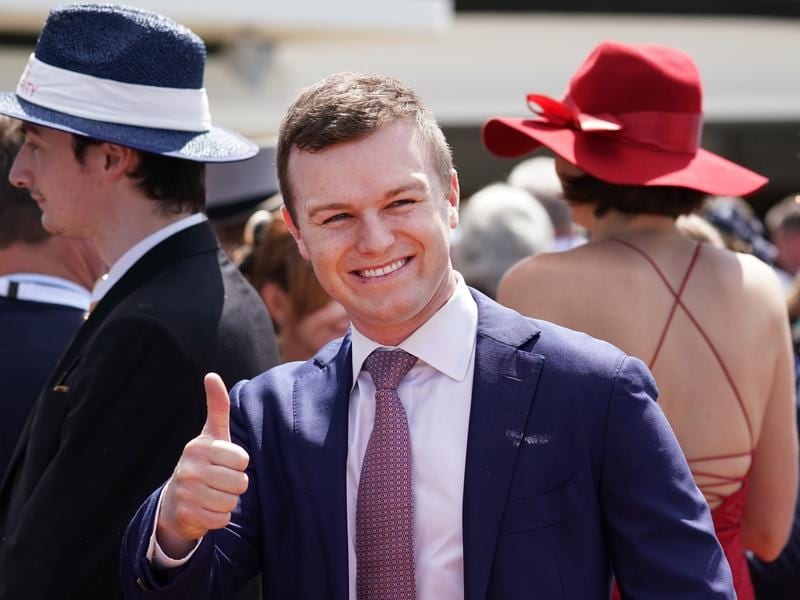 Co-trainer Ben Hayes hopes Itzhot can cement a Slipper start in the Golden Gift at Rosehill.

Lindsay Park has made a great start to the juvenile season and it will get even better if Itzhot can upset the locals in the $1 million Golden Gift at Rosehill.

Training partners David and Ben Hayes and Tom Dabernig have had a Melbourne Cup carnival to remember with their two-year-olds.

They produced Aryaaf for a Group Three win at Flemington on Cup day and trained the Maribyrnong Stakes quinella of Hard Landing and Baaqyah on Thursday’s VRC Oaks program.

Co-trainer Ben Hayes hopes Itzhot can get the job done at Rosehill and in doing so give Lindsay Park its third feature two-year-old win in five days.

“I thought his run at Moonee Valley in the sales race was excellent,” Ben Hayes said.

“He was a little bit unlucky and he got held up. I really think had he got clear running he would have been in the finish.

“He’s really come through the race well. We’ve been working on his Sydney leg and he seems to have really adapted and shown good improvement.”

Itzhot finished sixth to Ideas Man over 1000 metres at The Valley when he came from the back of the field and was beaten less than a length.

Hayes said the prize money attracted them to Sydney and the fact the Golden Gift winner and runner-up would bank enough to qualify for a Golden Slipper start did not hurt either.

“It’s not often you can run for $1 million this early in the season in a two-year-old race,” Hayes said.

“Winning that race would definitely put the Slipper on the radar.”

And Itzhot might not be the only Lindsay Park youngster with Slipper potential.

The results of the past week indicate the team has strong depth in its juvenile ranks this season.

“I think so. Everyone has their season and I think this season might be our turn,” Hayes said.

Anders is an early scratching from the Golden Gift but co-trainers Ciaron Maher and David Eustace will still be represented by Tanker and Cellsabeel.