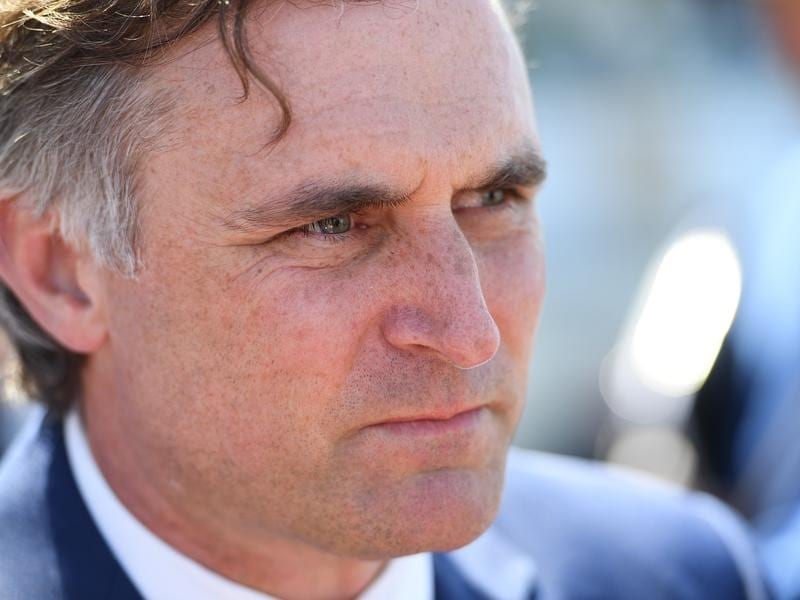 Co-trainer Tom Dabernig has hopes for Muswellbrook and Ruban Bleu in the same Flemington race.

While officially winter, there is a touch of spring in the air at Saturday’s Aurie’s Star Handicap meeting at Flemington.

Ruban Bleu has the fitness edge through winter racing while Muswellbrook showed promise in the autumn, finishing a last-start second at Listed level at Randwick.

Both Muswellbrook and Ruban Bleu are nominated for next month’s Group One Golden Rose at Rosehill but Dabernig said both were likely to stay in Melbourne.

He said Muswellbrook could be aimed towards the Bill Stutt Stakes and Caulfield Guineas with the Victoria Derby a possibility.

“In that race on Saturday, Ruban Bleu has got a bit of a fitness edge while Muswellbrook is possibly a bit more seasoned, a bit more advanced,” Dabernig said.

“I find first-up coming out of winter they can take a run and because you’ve got the spring in mind you don’t want to really work them right up, so it’s a bit of a fine line.

“I think Muswellbrook is clearly a talented horse but he’s got a bit of weight.

“It’s not a massive variance from the top to the bottom weight and I’d expect him to run well.”

Ruban Bleu is still a maiden and has finished second at his past two starts, the latest at Caulfield on July 28.

“The other day he’d had a month between runs but did run well,” Dabernig said.

“I think he’s got a good chance but if for some reason he doesn’t run in the top two or three he could easily go back to a maiden somewhere and probably be a good thing.

“But at the moment we’ll keep going and I expect him to run well also.”