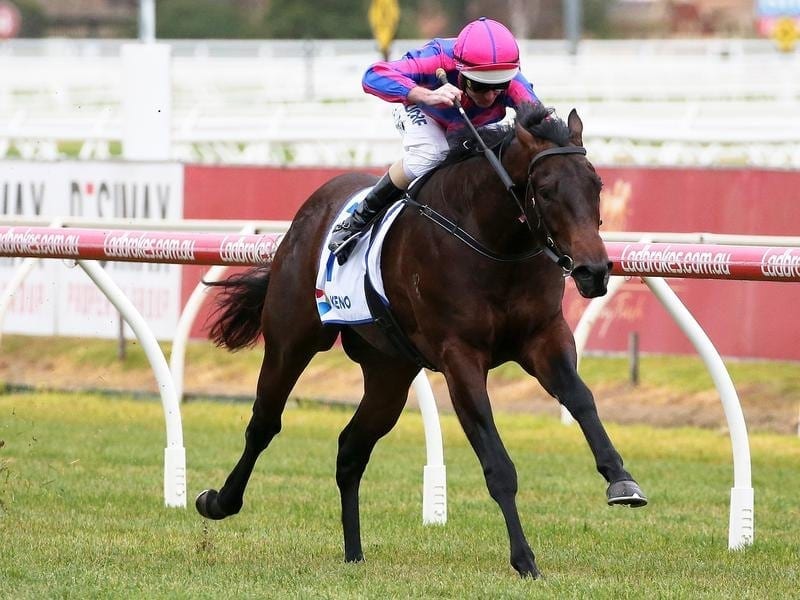 Impressive first-up winner Tony Nicconi will be one of two Lindsay Park runners in the Vain Stakes.

Lindsay Park has never been afraid to pit their better performed gallopers against each other in a race.

It was a practice of patriarch Colin Hayes and has been followed with success by son his David.

The theme has continued at Lindsay Park since David has been joined by his son Ben and nephew Tom Dabernig.

While Long Leaf contested the better two-year-old races through the autumn, Tony Nicconi only commenced his racing career at the end of June, recording a four-length win.

Early markets have Tony Nicconi the $2.80 favourite with Long Leaf a $7 chance.

Junior partner Ben Hayes said the team was looking forward to both horses being contenders during the spring.

“He looks like he’s got stacks of ability, he’s drawn a nice barrier and his trials have been excellent.”

Long Leaf hasn’t raced since finishing ninth in the Champagne Stakes at Randwick in April.

Hayes said Long Leaf’s early spring form would determine whether the colt extends out in trip or is kept for shorter races.

“We’ll either go towards the Caulfield Guineas or keep him fresh for the Coolmore Stud Stakes,” Hayes said.

“He hasn’t put a foot wrong and has grown and strengthened a bit and we were particularly happy with his trial down the straight.

“He was in the same trial as Oohood and they looked to be pretty even on the line.

“He’s drawn an awkward barrier so I’m not sure what we’ll do but it’s a competitive race and we’re expecting him to run well.”