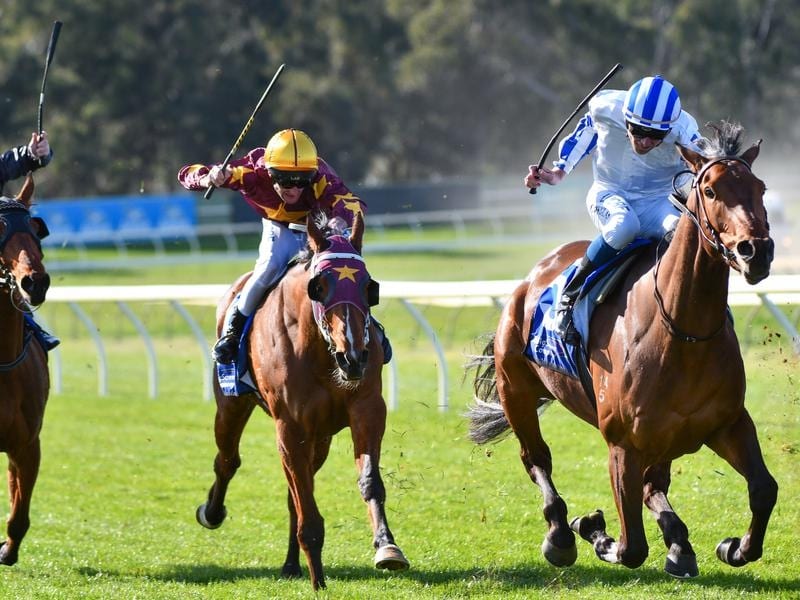 David Brideoake is resigned to losing lightly raced stayer Shepard to his owner Peter Moody once the former champion trainer renews his licence.

Moody has applied to train again after walking away in March 2016 when he was suspended for six months after Lidari returned a high cobalt reading following his second in the 2014 Turnbull Stakes.

He has remained active in racing, holding ownership in a number of horses while also working in an advisory capacity with Dalziel Racing and Rosemont Stud.

Shepard, one of five British horses Moody bought as foals, makes his racing return at Sandown on Wednesday in the Thoroughbred Club Handicap (1800m).

Having raced only four times, Shepard won his last three starts before a spell, the most recent over 2400m at Mornington in September.

Brideoake said Shepard was shaping nicely for his return, with his preparation including a five-length barrier trial win over Melbourne Cup winner Vow And Declare at Cranbourne on February 4.

“He’ll be an asset to his next trainer,” Brideoake said.

“He could potentially have a pretty nice future but there won’t be a lot of rush go on in the autumn.

“I think after autumn, come spring, there might be a horse that might be in the better quality races.”

Shepard is entered for the Sydney Cup (3200m) at Randwick in April but Brideoake said the Andrew Ramsden Stakes (2800m) at Flemington in May could be a better option.

The winner of the Andrew Ramsden gains a ballot exemption into November’s Melbourne Cup.

But first Brideoake wants to get Wednesday’s race out of the way before mapping a program.

“We’ll take it run to run at this stage but if he could end up in the Andrew Ramsden, that might be a nice race to target with the potential qualification there,” Brideoake said.

“We have to kick off somewhere and he might run out of puff towards the end, but he’ll be improved and we’ll add a bit of distance to him after this race.

“He’s a lovely horse and I would say he has come in better this time.”