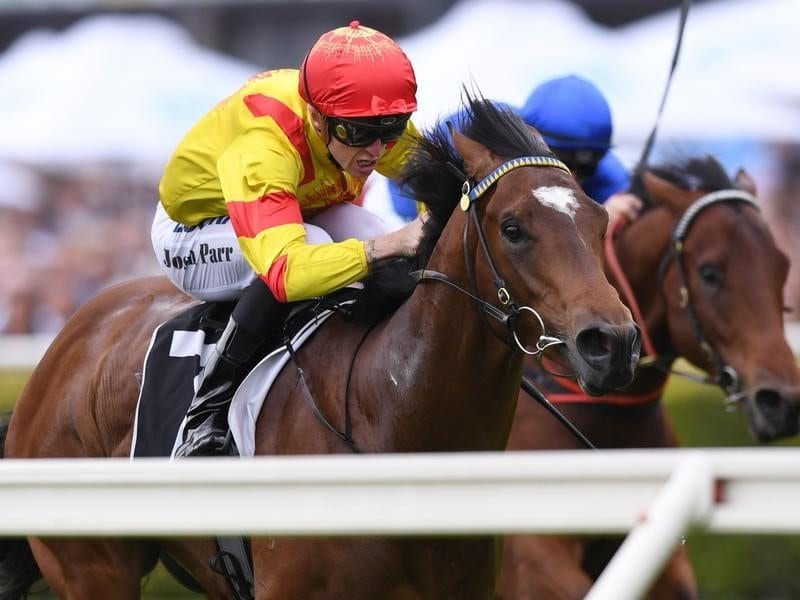 Two-year-old Legend Of Condor has made an impressive debut at Randwick.

From day one, trainer Gerald Ryan has had a big opinion of Legend Of Condor and colt has shown just why with his debut win at Randwick.

Displaying a professionalism that sets him apart from some of the other two-year-olds in the Ryan stable, Legend Of Condor ($4.80) took the lead early in Saturday’s Victory Vein Plate (1000m) and held off a challenge by the favourite Spin ($4.60) by a half neck.

A $520,000 yearling at the Melbourne Premier Sale, Legend Of Condor is raced by Sun Bloodstock who also own Condor Heroes who failed to make this year’s Golden Slipper.

But Ryan expects his younger stablemate can make the grade in 2018.

“I think he can be a Slipper horse,” Ryan said.

“He is a bomb-proof, professional little horse.

“He’s not very big and he will never be big horse but he is compact and does everything right.

“He’s been like that from the time he went to Tim Boland at Limitless Lodge for his early education.

“Tim rang me to say what a little professional he was.”

The colt’s jockey Josh Parr said Legend Of Condor still had a bit to learn but he did what he asked him to do.