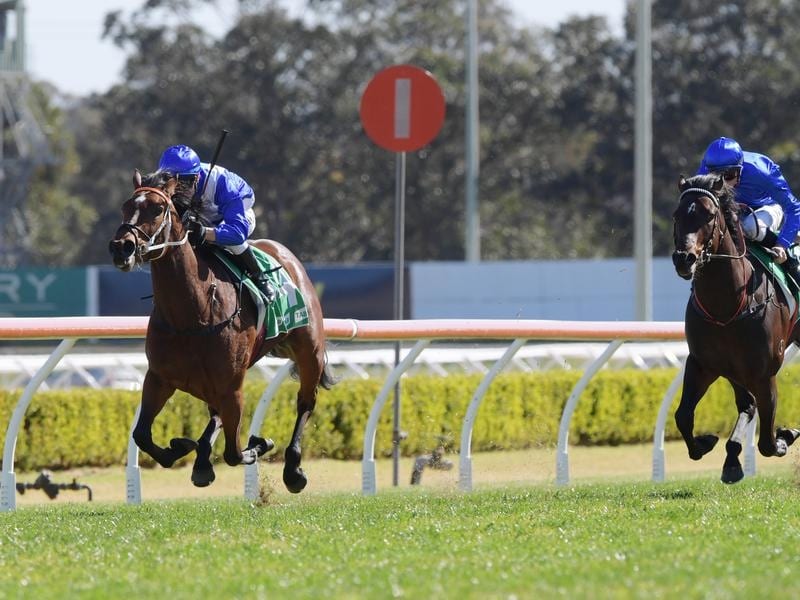 Unless she gets a late run in The Hunter, Miss Fabulass (left) will miss the Newcastle meeting.

Unless there is an exceptionally high attrition rate from the $1 million The Hunter, regally bred mare Miss Fabulass will bypass the feature Newcastle meeting and head to Brisbane.

First emergency Goodfella has been elevated into Saturday’s field with the scratching of Godolphin’s Home Of The Brave who has instead been sent to Melbourne for the Kevin Heffernan Stakes at Sandown.

She is a dual acceptor for the Prime7 Benchmark 88 Handicap (1300m) on Saturday’s Newcastle program but Lees says she will not take her place there after drawing wide.

“She could be in Brisbane next Saturday instead. There’s a few stakes races up there.”

A Group Two winner at three, she has not been placed in two runs from a spell but her sectional times have been good and Lees is adamant she is in good shape.

The Recognition Stakes (1350m) and Spirit Of Boom Classic (1200m), both Listed races, are options for her at Doomben on Saturday week.