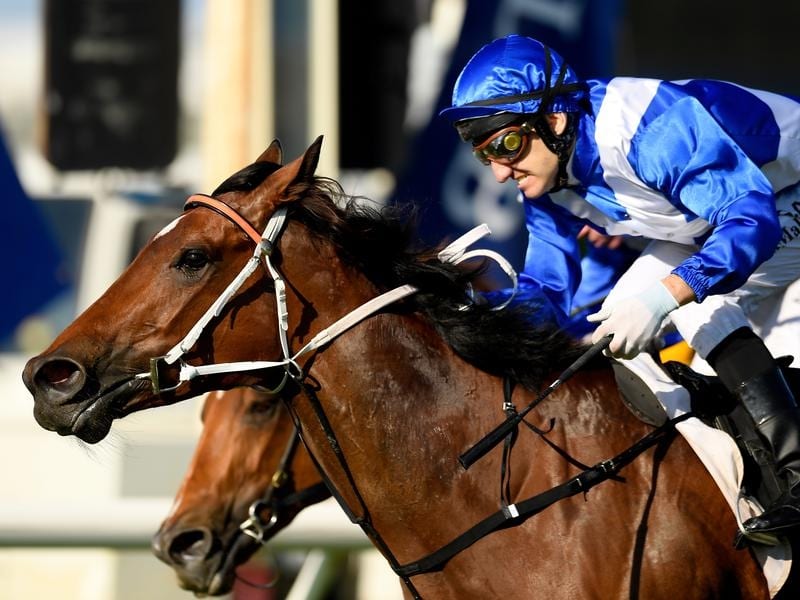 Miss Fabulass stormed home to win the Spirit Of Boom Classic at Doomben.

Newcastle trainer Kris Lees decision to send regally bred Miss Fabulass to Brisbane has paid off with a stakes win.

The mare missed a start in last week’s $1 million The Hunter as an emergency and drew wide in a support race on the program so Lees decided to head north.

Miss Fabulass ($7) drew barrier five and was able to make the most of a breakneck early pace to power home from a long way back and beat Improvement ($21) by a short-neck with a half-length to Jadentom ($8.50).

Miss Fabulass is out of Samantha Miss who Lees trained to be the champion three-year-old of her year.

After John Singleton bought her at the National Broodmare sale, he sent her to England to be served by champion Frankel to southern hemisphere time.

“She has had bad barriers and as a mare who wants to over-race that has been no help. But as you saw today when she settles she can unleash a big sprint late,” Eggleston said.

“I am not certain where she will go now but one option would be to try and get a wild card into the Magic Millions Fillies and Mares race.

“John (Singleton) has been really good and even got some equestrians to work with her.”

Improvement is raced by Singleton’s close friend Gerry Harvey, and she also ran a big race.

“I thought I was going to run eighth at the 100 metres but the winner came from behind us and we can’t make excuses,” trainer Gary Portelli said.

Miss Fabulass gave Mallyon, who recently relocated from Victoria, a winning double after he rode V J Day to win for rookie trainer Kacy Fogden, who works for Aquis Farms.

Fogden had trained six winners at the Sunshine Coast and Gold Coast since taking up training earlier this year but V J Day was her first at metropolitan level.