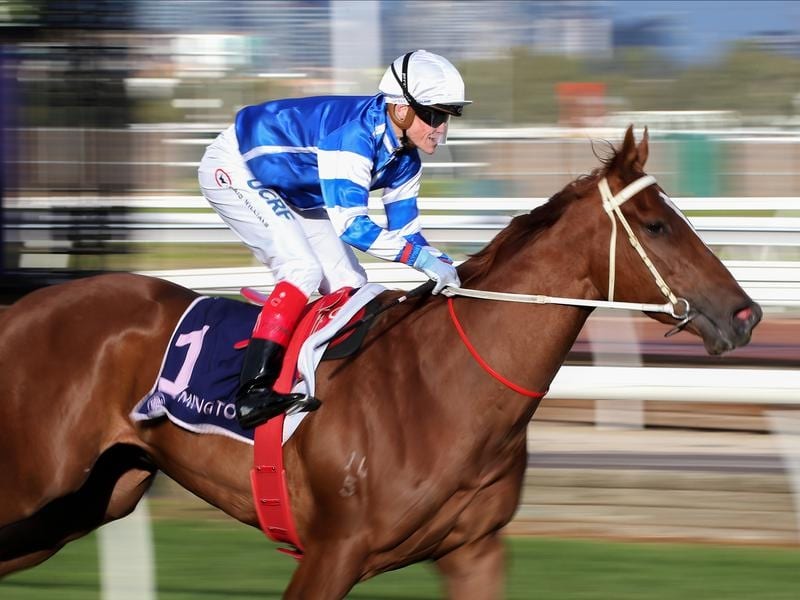 Another set of X-rays will determine the immediate future of promising Adelaide sprinter Gytrash.

Adelaide trainer Gordon Richards has sent Gytrash to the Ballarat veterinary clinic in a bid to determine the extent of a knee injury that ruled the sprinter out of a start at Flemington.

Gytrash was among nominations for the Group Two Bobbie Lewis Quality at Flemington on Saturday but was forced out because of lameness.

Richards said X-rays in Adelaide did not reveal what the problem was so he’s decided to send the gelding to Ballarat for further tests.

After successive wins at Flemington in June, Gytrash was a first-up second behind Crystal Dreamer in The Heath at Caulfield on August 31 with Richards looking to a spring campaign.

“He’s hurt his knee somehow and I’m not sure how it’s happened,” Richards said.

“The Adelaide vets X-rayed it and checked it out, nerve blocked it, and there’s definitely an issue with the knee.

“Because they’ve got better equipment and better facilities I’ve floated him over to the Ballarat vet clinic.

“They’ll have have a look at him tomorrow (Thursday) and hopefully we’ll get a better idea then.

“Rather than sit in a box and hope something comes good, we’ve sent him over to find out.”

Gytrash chipped a bone in a knee ahead of the Coolmore Stud Stakes at Flemington last November and Richards said the latest flare up was in the same leg.

Richards said there was no chips showing in recent X-rays unless they surface later adding it was disappointing to happen at this stage of the preparation.

“I wouldn’t think he would be as lame as what he was if it was something about to happen,” Richards said.

“We may resurrect it (the campaign) but all that will hinge on tomorrow’s outcome.”