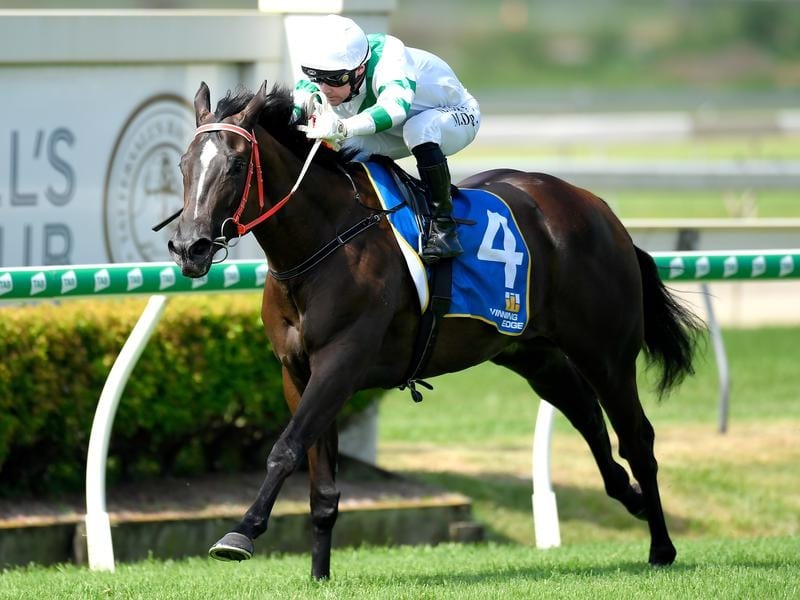 Kisukano beat Redoute’s Image by 4-1/4 lengths in the Two-Year-Old Fillies The Jewel Prelude.

Toowoomba filly Kisukano has proved she is the best Queensland filly racing at the moment but trainer Michael Nolan doesn’t know if it will be enough to win the $500,000 Two-Year-Old The Jewel next month.

The filly was impressive but not nearly as dominant as Rothfire, who won the colts and geldings Prelude 40 minutes earlier.

Nolan is keen to press on to The Jewel Final in a fortnight and hopes Kisukano can draw a favourable barrier.

“Her last two starts she has drawn poorly but still raced well. She was beaten at her previous start by Rothfire and I think he is very good,” Nolan said.

“We might be racing for second prize in The Jewel and we would need a few things to go our way. I suppose we will be getting out to 1200m and I would love for her to draw a decent barrier.

“Kisukano will be there on The Jewel day and it’s just a matter of if we have good luck and Rothfire has bad luck.”

He has a long association with Kisukano’s owners, the Reeves family of Stanthorpe, whose other talented performers include Grouse Kane, Princess Margaret, Prince Hakeem and Courtyard Circle.