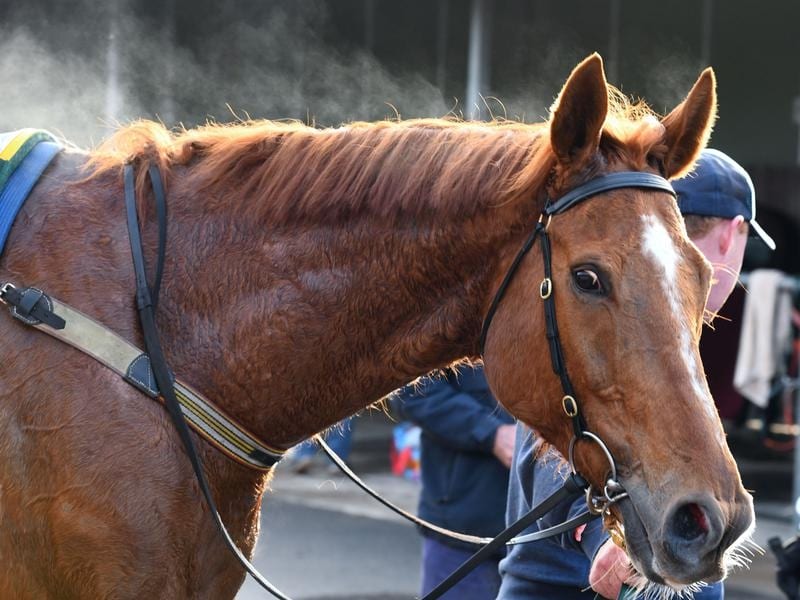 Gailo Chop is part of the eastern states contingent heading to Perth for the rich summer carnival.

Nine-year-old Gailo Chop will be among the eastern states contingent targeting feature races in Perth, with the multiple Group One winner to contest the Kingston Town Classic.

The Matthew Williams-trained Gailo Chop was due to fly from Melbourne to Perth on a chartered flight on Monday evening along with several other horses targeting the upcoming Group One races in the west.

“He’ll have that month in between runs coming back from the 2000 metres to the 1800 metres.

“Probably his best run for me has been over that 1800 metres when he ran third in the Underwood Stakes, so I’m quite happy with the distance with that month in between.”

Formerly trained by Darren Weir, Gailo Chop has had five starts for Williams this spring after returning from a lengthy break because of a tendon injury.

His third in the Group One Underwood (1800m) has been his only placing this preparation while at his most recent start he finished 11th in the Group One Mackinnon Stakes at Flemington last Saturday week after leading.

“I think the other day in the Mackinnon with a strong headwind it was not a good day to be a leader,” Williams said.

“You would have liked a bit of cover but from the gate he had drawn and with his style of racing we were just going to have to take our punishment early and it probably told a bit late.”

Williams said Gailo Chop had come through that well and he does not expect the Kingston Town on December 7 at Ascot to be as strong as the recent weight-for-age races Gailo Chop has contested.

“Being a nine-year-old he’s probably never going to produce his best form but if he could take his Underwood run over there, you would think he would be very competitive,” he said.

Gailo Chop is one of the horses on the third line of betting at $11 with TAB Fixed Odds on Monday for the Kingston Town, with Tuscan Queen $5 favourite and Tally at $9.