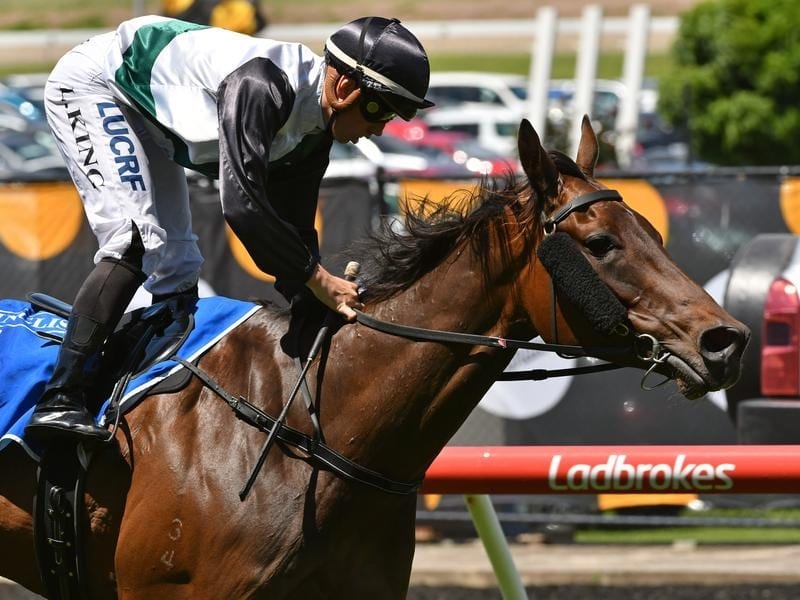 Lachlan King has ridden a race-to-race double at Moonee Valley, including a win on Five Kingdom.

Apprentice Lachlan King has been the beneficiary of an untimely suspension for Fred Kersley with a race-to-race double for Lindsay Park at Moonee Valley.

It was the second city double for King who landed his first at Flemington in May.

King was appreciative of the Lindsay Park stable, in particular senior trainer David Hayes, for giving him the opportunity on some quality horses on Saturday.

“I’m very fortunate that they trusted me with the rides today,” King said.

“They gave me four rides today. Two of them have won and two have run third.

“They’re very loyal trainers and I’ve ridden a lot of work for them in the past two weeks.

King is apprenticed to Gerald Egan at Mansfield in country Victoria and travels to Lindsay Park at Euroa at least once a week to ride work.

“I don’t go to Flemington too often as I’m based at Mansfield and it’s easy to commute to Euroa one or two days a week,” King said.

A son of Melbourne Cup-winning jockey Steven King, King was given a thorough grounding on the country circuit before commencing his city career.

He’s ridden 111 winners, of which 13 have been in the metropolitan area.