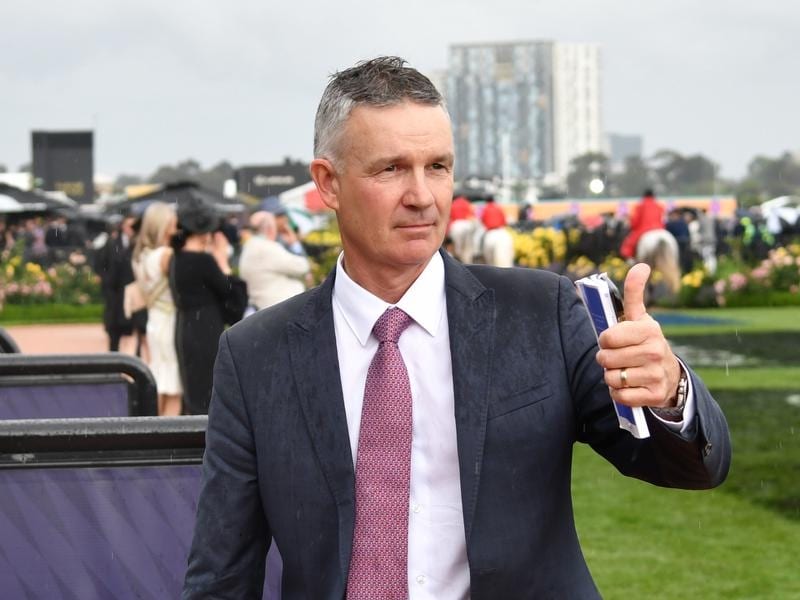 Trainer Matthew Smith has high hopes for 2yo filly Kerrisdale who is set to make her debut.

Trainer Matthew Smith hopes he can transfer the good vibes from his stellar spring to the summer with his eye on the $2 million Magic Millions Classic with Kerrisdale.

The Smith-trained Fierce Impact won two Group One races in Melbourne within three weeks, the Toorak Handicap on October 16 and the Cantala Stakes on November 2.

The Warwick Farm trainer will now turn his attention to the Magic Millions at the Gold Coast next month with Kerrisdale who is entered to make her debut at Rosehill on Saturday over 1100m.

Kerrisdale is by first season sire Vancouver, winner of the 2015 Golden Slipper.

So far Vancouver has produced two placegetters and Smith hopes Kerrisdale can get him off the mark as a winning sire.

Much will depend on Wednesday’s barrier draw.

“If she happened to draw badly then we would think about saving her for Wyong next week,” Smith said.

“She is a really nice filly and has been working well so hopefully she can hold it together this prep.

“I’m happy but I really would like a good barrier for her.”

Kerrisdale has had two trials, with her performance in the first in September a mystery when Tommy Berry pulled her up thinking she had a problem.

“Tommy thought there was something wrong but we went over her and she was fine,” Smith said.

“She came out and trialled extremely well the second time.

“Kathy O’Hara will ride her on Saturday.”

Kerrisdale finished fourth in a 742m-heat at Randwick on November 12, two lengths from the winner Mrs Maisel who is among the 18 entries for Saturday’s race.

Fierce Impact has returned to the stable after a a couple of weeks rest.

“He had about two weeks in the paddock and had come back now.” Smith said.

“We will start making plans for him with the All-Star Mile the aim.”

The $5 million All-Star Mile will be held on March 14 at Caulfield with the public to vote for their favourites and provisions in place for five wild cards decided by Racing Victoria.