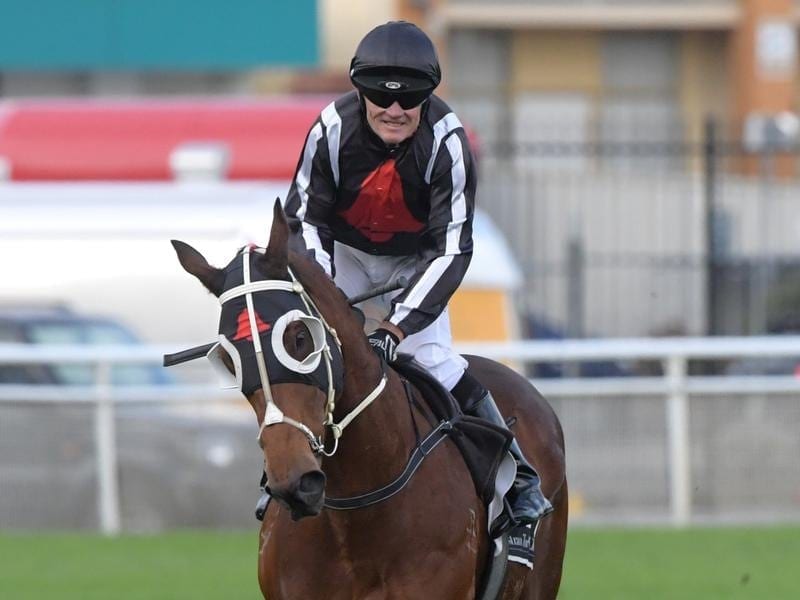 After being forced to pull the pin on Jungle Edge’s autumn campaign because of unusually dry tracks in NSW and Queensland, Mick Bell has finally been able to celebrate, with the wet-track specialist winning the Listed June Stakes at Randwick.

Bell took him home to Cranbourne after he finished last in the Victory Stakes at Doomben in late April but kept him ticking over waiting for the rain.

It came to Sydney last week and continued through until Saturday with the rating a heavy 9.

The outside barrier and top weight of 60.5kg proved no hindrance as Jungle Edge ($6.50) made his way to the lead early under Kevin Forrester.

He stretched his advantage to five lengths rounding the turn and held a 1-1/4 length margin on Shiraz (6) at the end of the 100m.

“It’s good to finally get a wet track for him. I think he’s the best wet-tracker in Australia.”

That title might actually belong to Winx but the mare aside, few have better credentials with all Jungle Edge’s 14 wins on rain-affected surfaces.

Last year, Jungle Edge won Group Three sprints in Sydney and Brisbane and also finished third in the Group One Galaxy at Rosehill and All Aged Stakes at Randwick.

“Even though he’s been placed at Randwick before, this is his first win at the track so that’s another tick,” Bell said.

“And if it looks like being a wet spring then he would give anything a run in The Everest.

“But next I think we will bring him back here for a race in a couple of weeks.

“But that’s a claiming race so that would rule Kev out.”

His 57-year-old jockey might have something to say about that, expressing his fondness for the seven-year-old.

“He is powerful horse. He is not easy to ride,” he said.

“He is a marvellous horse. He makes my job easy and I can’t believe I get paid.”

Get paid he does, with Jungle Edge’s first prize money taking his earnings beyond $1 million.