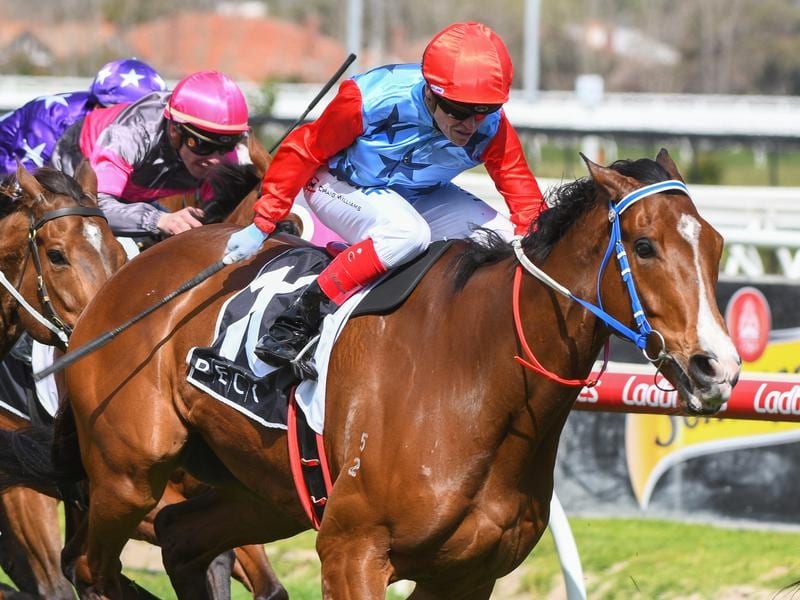 Admiral’s Joker will be racing for a berth in the All-Star Mile in the Blamey Stakes at Flemington.

From the time Admiral’s Joker began his autumn campaign, trainer Kylie Vella has been focused on one race.

A start in that race, the $5 million All-Star Mile at Caulfield on March 14, hinges on the result of Saturday’s Group Two Blamey Stakes (1600m) at Flemington.

Admiral’s Joker was not among the 10 All-Star Mile horses voted in by the public and sits 13th on the provisional emergency list.

The best chance Admiral’s Joker has to get in the race is to win the Blamey Stakes which gives the winner a wildcard entry.

The trainer said Admiral’s Joker had undergone a faultless preparation for Saturday’s race after a virus halted his shot at the Ballarat Cup in November.

“We could have treated him, but we were more mindful of the horse so we decided to turn him out,” Vella said.

“He’s come back great. He had a gallop at Camperdown last week and he’s been to Colac three or four times in the past couple of weeks as well.

“His two runs this time in have been good.

“First-up over 1100 metres in a Group Two, it’s not his pet distance, but I thought he ran well and then he was quite unlucky last time when he couldn’t get out at a vital stage.”

Vella’s husband Steven is back aboard having not ridden Admiral’s Joker since his first-up win at Geelong last September which preceded victories at Caulfield and in the Seymour Cup.

“It’s a big day, exciting and nerve-wracking,” she said.

“But he’s entered for the Doncaster and the Queen Elizabeth at Randwick so we do have other options.”