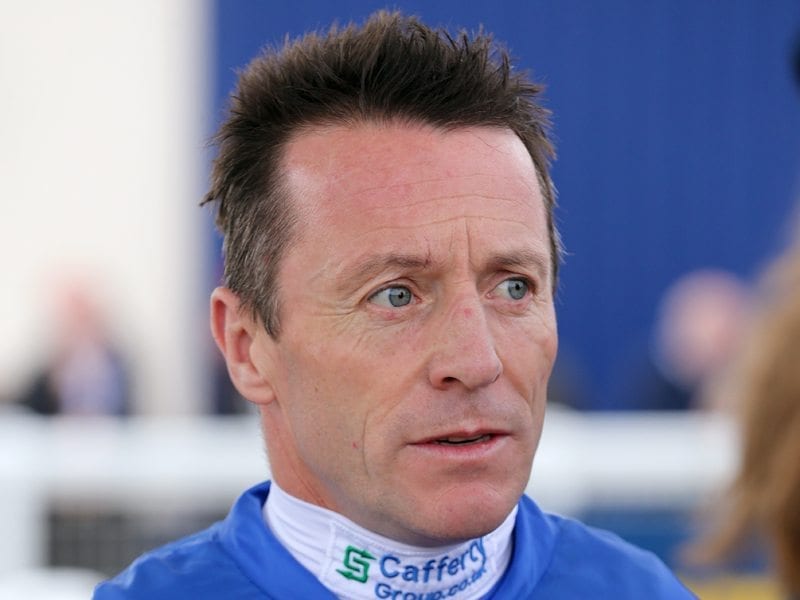 Jockeys have been urged to seek help after the retirement of Kieren Fallon because of depression.

The Irish Jockeys Association has stressed the need for vigilance in helping to combat depression in horse racing following the retirement of Kieren Fallon.

County Clare-born Fallon, 51, is seeking medical assistance in his homeland after he was diagnosed with acute depression.

Irish Turf Club chief medical officer Dr Adrian McGoldrick spoke on behalf of Fallon to announce the end of his riding career, and said the six-time British champion jockey had had the illness for “the best part of three years”, but it had gone unnoticed when he was riding in England and in America.

McGoldrick also commissioned a survey last year which revealed nearly half of the jockeys riding in Ireland had symptoms of depression.

Andrew Coonan, secretary of the IJA, says there is still more that can be done to help tackle such an emotive subject in racing.

“This is a difficult phase in Kieren’s life, but I am really pleased that he’s been able to come out and make the first steps in confronting the issue,” Coonan said.

“It also makes us all reflect on the fact the issues of depression and mental health are significantly higher in racing than in the general population.

“But we can never be complacent. There is no structure in place that can’t be improved upon, so we must continue to try to provide support to everyone in racing – riders, former riders, trainers and stable staff – who need it.”

“I think it says a lot of how far society, sport in general and specifically racing, has come in a short space of time, that he (Fallon) is able to be open about the cause of his retirement.

“One in four in general society are likely to suffer from depression and from limited research that is likely to be higher in jockeys.

“We launched our own counselling helpline last summer, which goes beyond just that with one-to-one support and therapy after an initial referral.”

“It’s important we break down the stigma associated with depression and mental well-being, as it is so common.”

“In the last month probably four jockeys have approached us for support. We have over 400 jockeys and with the lifestyle they lead there will be a decent number suffering from mild to more more serious mental health issues.”

* Australian readers seeking support and information about depression can contact the Depression Helpline (from 8am to midnight) on 0800 111 757.