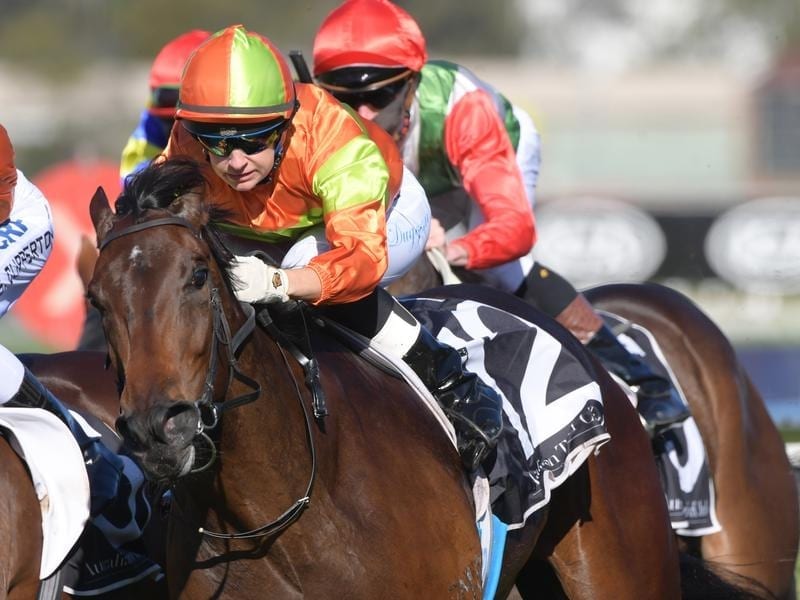 Promising filly River Bird will be out to continue on her winning way at Rosehill.

Jason Coyle will split talented fillies River Bird and Spiritual Pursuit in the hope the pair can both continue their winning runs at Rosehill.

While Spiritual Pursuit will aim for back-to-back victories in the ATC Foundation Handicap (1100m), dual acceptor River Bird is an early scratching from that race and will instead line up in the Australian Turf Club Handicap (1200m).

“Obviously she’s been carrying light weights so rather than drop in benchmark and step up in weight, I thought it would be more accommodating for her to stay down there on the limit,” Coyle said of River Bird.

River Bird has won two of her three starts since breaking her maiden first-up at Wyong and has continued to please Coyle with her work at home.

She already has black-type thanks to a placing in the Widden Stakes as a two-year-old and Coyle will be tempted to seek out some more if she can bring up a hat-trick at Rosehill.

“The ability was always there, it was just a matter of getting the breaks and she’s starting to get them this preparation,” Coyle said.

“We’ve got a fit horse and we’re not too far from kicking off the spring so I will probably open the racing diary and start to look at what’s coming up over the next few months.

“She’s obviously got to get this weekend out of the road then we’ll make a few plans from there.”

Coyle has booked in-form apprentice Samantha Clenton for the mount on Saturday and believes her claim will be a significant factor.

“She’s not an overly big filly so I think the two kilos might be invaluable to her,” Coyle said.

The two promising fillies will form half of Coyle’s Rosehill arsenal.

He will also saddle up Salsonic, who he regards as a better chance than the horse’s $61 Winter Stakes odds suggest, and Nicochet who Coyle says can bounce back to form in the TAB Handicap (1500m).