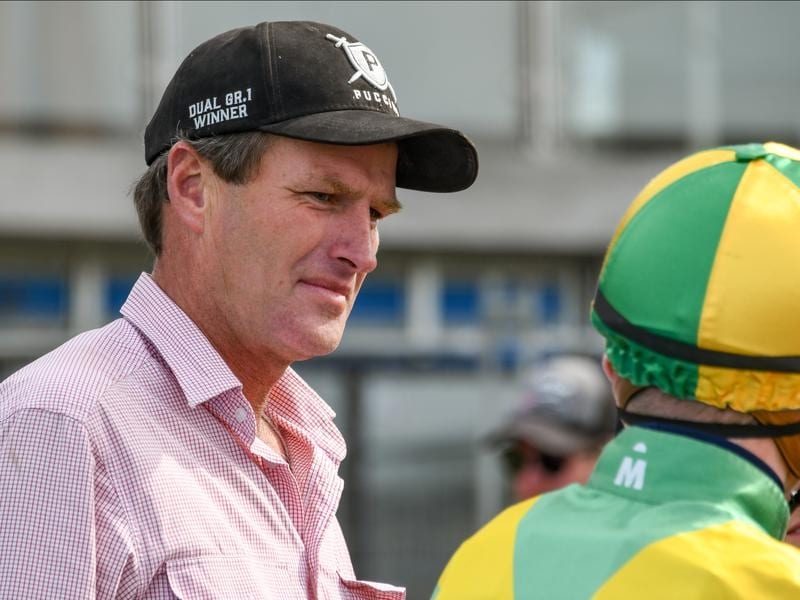 Former Japanese galloper Admire Winner will have his first start for Paul Preusker at The Valley.

Japanese import Admire Winner is set for his third Australian start with a third trainer when he resumes at The Valley.

Admire Winner runs in the Support Living Legends Horses’ Birthday Handicap on Saturday and is having his first outing for Paul Preusker.

The Japanese-bred galloper came to Australia in 2018 and after originally being placed with Chris Waller, without racing, was transferred to Darren Weir.

When Weir incurred a four-year disqualification in February 2019, Admire Winner was returned to Waller and had two starts for Sydney’s leading trainer, finishing well back on each occasion.

In his first start in just shy of two years, Admire Winner finished 10th in the Ladies Day Cup at Hawkesbury on November 7 and later that month beat one runner home in ATC Cup at Rosehill.

Racing NSW stewards placed an embargo on the gelding after he returned lame in the off-foreleg following that race.

Preusker, who has had Admire Winner at his Horsham base for around five months, has put the gelding through an extensive rehabilitation program in preparation for his return.

But Preusker said Admire Winner would derive benefit from the outing.

“He had a bit of a leg issue but he’s been given plenty of time and did a lot of rehab work which has all been ticked off,” Preusker said.

“This will only be a look and see, a nice trial and a nice day out for him.

“He’s a really nice horse and I would be thinking that we’ll be looking out for something with him a bit later on in the spring.

“He’s a horse that will be looking for a bit of a firmer track, but the mile is a nice starting point for him and I don’t think we’ll see the best of him until he gets up to at least 2000 metres.”

Admire Winner will be ridden by Damian Lane who is be having his first rides back in Australia following another successful three month stint in Japan.

Lane left for Japan in March after Victorian jockeys were banned from riding in Sydney during the autumn carnival.