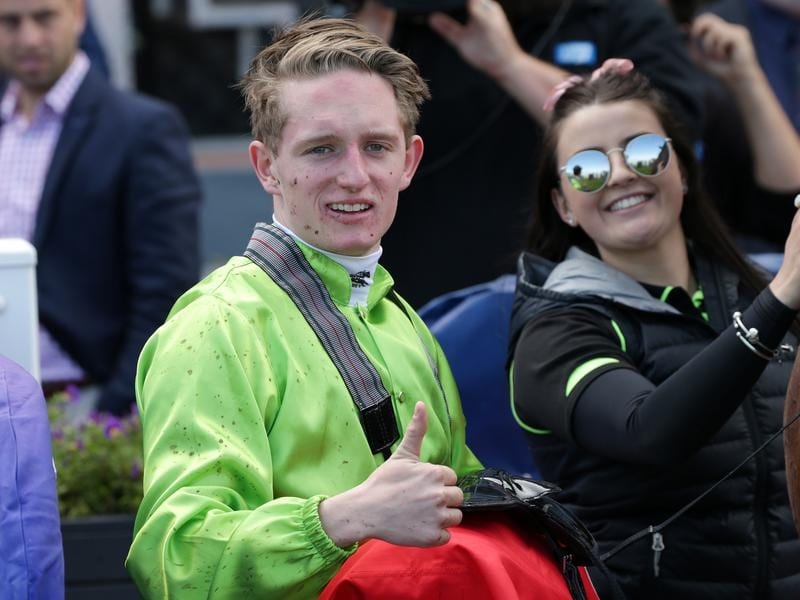 New Zealand trainer Roger James has seen encouraging signs from Group One placegetter Hypnos in Melbourne in the lead-up to the three-year-old’s second Australian start at Sandown.

James, who trains in partnership with Robert Wellwood, nominated Hypnos for three races on Saturday’s program before opting for the $75,000 Ladbrokes Odds Boost Handicap, a 1600m benchmark-78 against older horses.

Apprentice Michael Poy will utilise his 2kg claim, taking the gelding’s weight down to 59kg.

“I actually think he looks pretty well placed in that race,” James said.

James has been buoyed by the improvement he believes Hypnos has made since finishing sixth in a 1400m-handicap against his own age at Caulfield on June 1 when he carried between 8kg and 9kg more than the placegetters.

“I think he has come through that really well. I’m really happy with him,” James said.

“I’ve been over here since Monday and I thought his work on Tuesday (at Flemington) was probably as nice as I’ve seen him work.

“He just looks to have grown up a little bit with the trip. I think it could be the makings of him.”

James had originally looked at a Queensland campaign with Hypnos who ran second in a dead heat with Vernanme to Madison County in the Group One Levin Classic.

When those plans were shelved he instead decided on a Melbourne winter preparation.

James sees Saturday’s race as an opportunity to boost Hypnos’ rating as he believes his current mark of 81 has him awkwardly placed.

“The money over here, even in a race like that, is better than our money so consequently here we are and if he can win on Saturday it puts us in a better place to look at options,” James said.

If Hypnos wins, James said he could contemplate the Winter Championship in Melbourne next month while a trip to Queensland could still be on the cards for the Group Three Sunshine Coast Guineas if suitable transport could be arranged.

“A lot rests on what he does on Saturday really,” James said.

“He’s a fit horse. He does handle cut in the ground and he’s got two kilos off his back with Michael Poy riding, so really I’m expecting a good effort from him.”