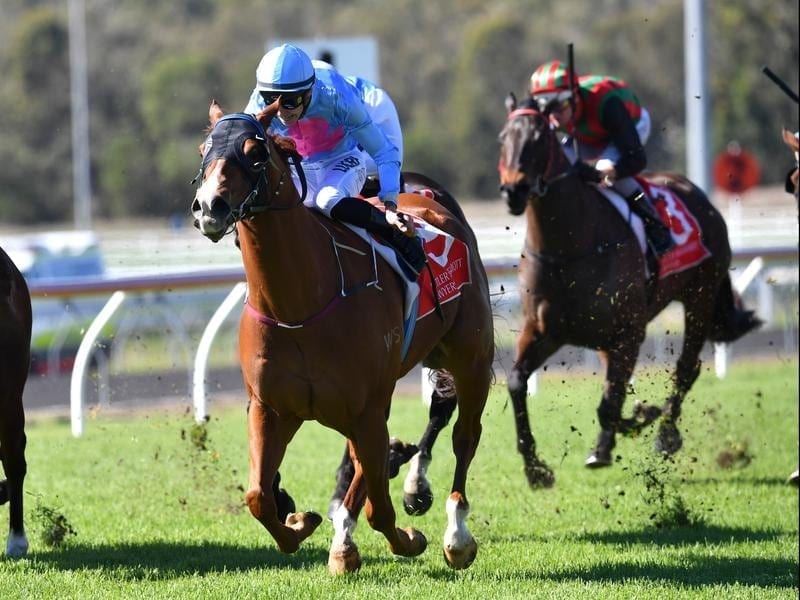 Queensland’s recently crowned premier metropolitan apprentice Jag Guthmann-Chester returns from holidays with some key rides as he begins his title defence at Doomben.

Guthmann-Chester won the metropolitan title with 23 winners last season despite missing a few months because of injury.

He hasn’t ridden in a race since July 18 but has been back at trackwork this week.

Guthmann-Chester took the chance for a break with the aim to defend his title from a new batch of star apprentices.

“There are plenty of good young riders here now but I am refreshed a keen to get stuck back into it,” he said.

Guthmann-Chester rode Wild ‘N’ Famous to win his most recent start at Caloundra on July 14.

The Chris Anderson-trained Romney’s Gift has won a trial since claiming the Mothers Gift at Grafton on July 12.

Smart but wayward Charlie Cat is on his fourth trainer with Greg Cornish at Beaudesert but emphasised his ability with a win at Ipswich at his last start.

Maloney has ridden five winners, including a double at Caloundra on Wednesday, since resuming riding on August 1 after serving a four-month suspension and relocating to the Toby Edmonds stable on the Gold Coast.