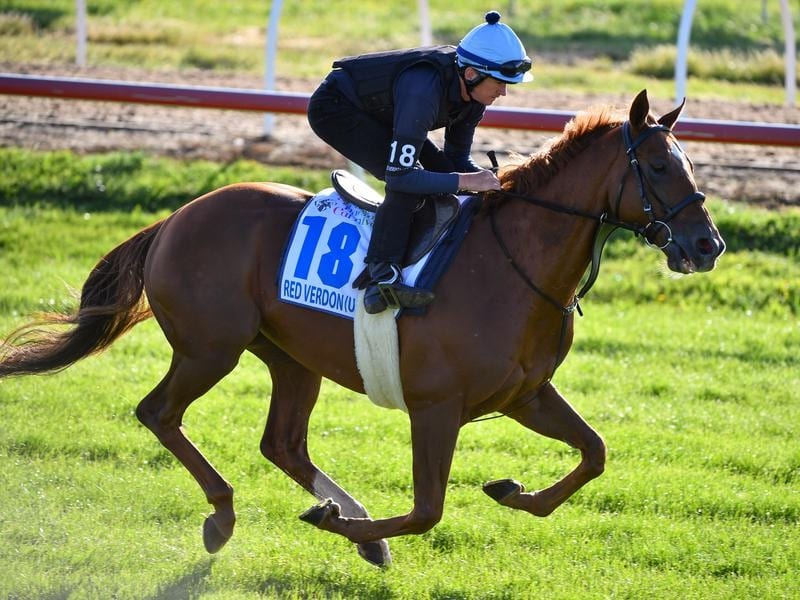 Red Verdon is back in form in the northern hemisphere after missing the past two Melbourne Cups.

The nightmare of Red Verdon’s two failed Melbourne Cup campaigns is all but forgotten as the English stayer rides a wave of resurgent northern hemisphere form.

Red Verdon contested the Caulfield Cup in 2018 and 2019, finishing unplaced both times.

He was robbed of a chance to show his true worth in the Melbourne Cup when injury twice ruled him out of Australia’s greatest race.

But while a return to Australia is problematic, trainer Ed Dunlop is considering options at home and abroad for Red Verdon following his most important win.

It is over four years since the chestnut finished sixth in the Investec Derby at Epsom and fourth in the Irish equivalent, before just missing out on Group One glory in the Grand Prix de Paris, run that year at Saint-Cloud.

But the well-travelled seven-year-old proved he is no back number when landing a Listed prize at Doncaster a month ago and looked even better in claiming the most lucrative prize of his career in the Group Two Prix Maurice de Nieuil at ParisLongchamp under Frankie Dettori.

“Australia obviously didn’t work out last year – he doesn’t seem to have had much luck down there,” Dunlop said.

“It’s great he’s come back so well and I was delighted for everyone involved yesterday.”

Considering future plans, the Newmarket handler added: “He can still quicken well, for an older horse.

“We’ll look at races like the Irish St Leger in September and the Ebor at York next month and I’m sure there will be other options abroad for him.

“We haven’t really discussed where we’re going next – we’ll speak to the owner and make a plan.”