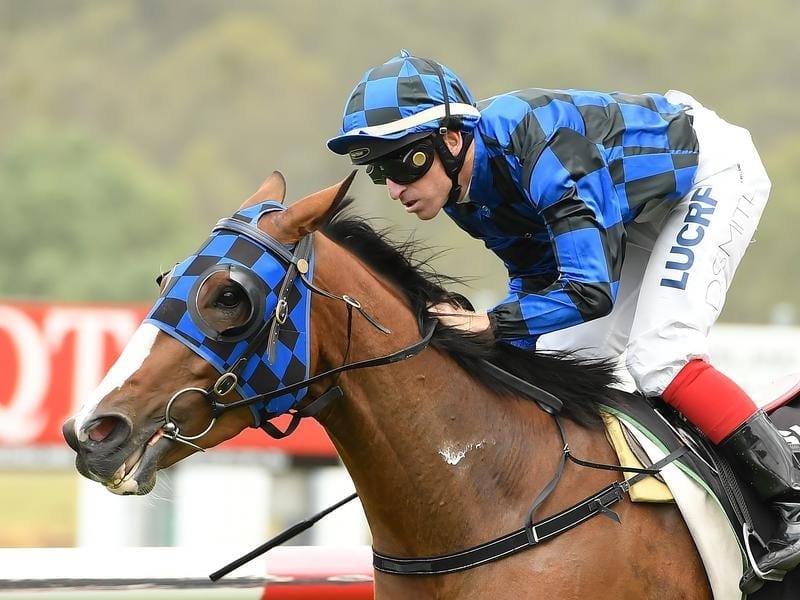 Obscure sire Straight has received a big boost with Chill The Beer scoring an impressive debut win at Ipswich.

Trainer Stu Kendrick said Chill The Beer had shown plenty of ability on the track and in a jump-out.

Straight had all the hallmarks of a successful sire being by champion galloper Lonhro out of the Commands mare Unswerving.

He was originally trained by Anthony Freedman in Victoria but ended up with Maryann Brosnan on the Gold Coast.

Straight won the $100,000 Brisbane Town Plate at Eagle Farm before being retired.

He stands at Jen Sommerfield’s Blue Hills Thoroughbreds complex between Dalby and Oakey on the western Darling Downs.

“He hasn’t covered many mares and mainly for his owner (Steve Pamenter) who bred Chill The Beer. Hopefully this will give him a kick along,” Sommerfield said.

“His sister is here in foal to Spill The Beans and Chill The Beer’s older three-year-old sister was placed at the Gold Coast recently.”

Trainer Robert Heathcote continued his great run with the offspring of sire Mossman when Plitvice won a maiden.

Plitvice is a full-brother to Heatchote’s good galloper Privalka and races in the same colours as another Mossman galloper in champion Buffering.

Jockey Dale Smith said while the winning margin was narrow, Plitvice would improve with more racing.

Premier trainer Tony Gollan got his sixth winner in the past five days and continued his run of success with Eureka Stud when Bright Idea ($2.70)

And Apprentice Jag Guthmann-Chester made the most of a rare ride for trainer Ben Currie to win on Greywolf.