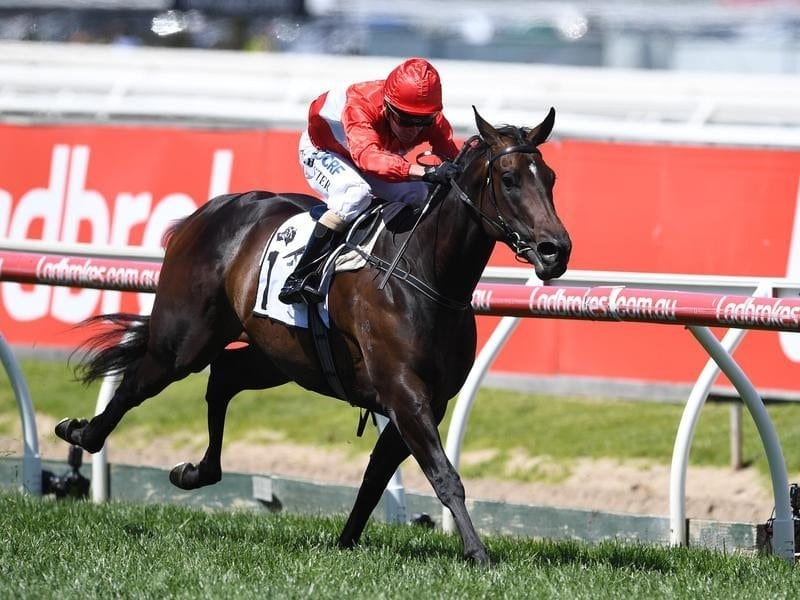 A wide barrier was no deterrent for Invincible Star who has outsped her rivals at Caulfield.

Given time for a breather by Stephen Baster, Invincible Star ($6.50) kicked clear on straightening to record a four-length win from Counterplay ($15) with the $5 favourite Jorda a head away third.

Gai Waterhouse, who trains in partnership with Adrian Bott, said she’s not concerned by wide draws, especially if the horse has pace.

“She’s got great gate speed and she needed that from the outside draw and she’s got lovely cruising speed,” Waterhouse said.

“She’s also got scope and that’s what you’re looking for, scope and speed.

“Steve used both those to get a win.”

Waterhouse said she brought the filly to Melbourne because there was a better spread of fillies races over this year’s spring carnival.

“I think in time this filly will get up to a mile but for the meantime we’ll enjoy the sprint distances,” she said.

Baster held concerns over the draw but was blessed Invincible Star showed great gate speed and was able to cross quickly in the first 100m.

“Once I was there and travelling easily I knew she was going to be hard to beat,” he said.