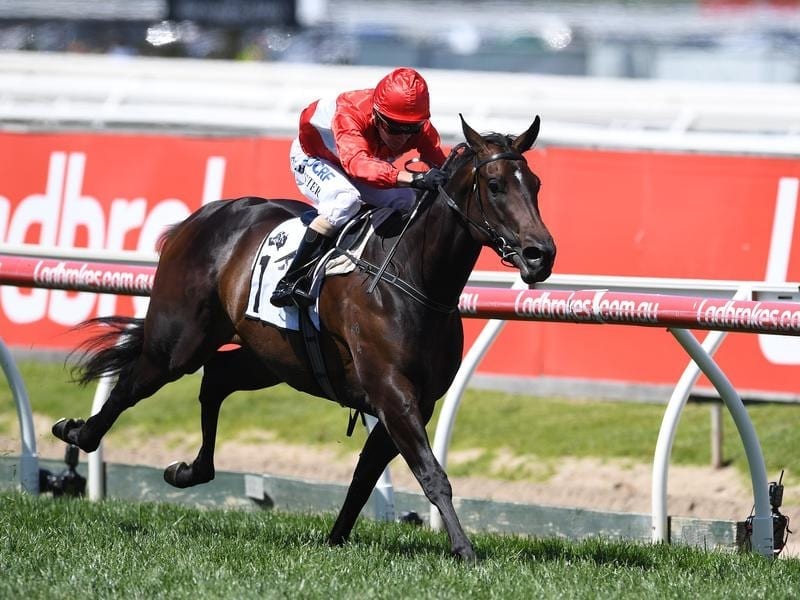 The Gai Waterhouse and Adrian Bott-trained Invincible Star drops in class in the Starlight Stakes.

Invincible Star can put a spring of discontent behind her and set herself on a Magic Millions Sprint path with a form turnaround in the Starlight Stakes at Rosehill.

Lameness forced the speedy mare out of the Everest and then she had mixed results in a two-start Melbourne campaign, finishing a close fifth behind Brave Smash in the Manikato Stakes and among the tailenders in the VRC Sprint won by Santa Ana Lane.

Co-trainer Adrian Bott admits it has been a frustrating spring and he’s hoping a class drop can help the mare rebound with a confidence-boosting win.

“It has been a frustrating campaign because we know we’ve got a talented sprinter on our hands and we’re yet to really be able to capitalise on that talent and ability,” Bott said.

“She’s coming off a disappointing run down the straight but her run before that in a Group One was excellent where she was tightened for room over the concluding stages and it probably cost her a place.

“Her form has been around some of the best sprinters in Australia prior to Saturday’s race, so it’s a significant drop in grade for her.”

At her second start, Invincible Star finished sixth in the 2017 Magic Millions 2YO Classic won by Houtzen with the 2019 meeting at the Gold Coast to be run on January 12.

Invincible Star and Deploy are the class runners in the Starlight Stakes which has attracted a field of 11, including Badajoz and pre-post favourite Marsupial from the in-form Godolphin yard.

Bott confirmed Goodwood Zodiac would back up in the ATC Tipping Competition Handicap (2400m) after compounding late when well beaten by Sky Boy over 1800 metres last weekend.

“There were definitely excuses for his poor run last start but his first-up run over the mile was excellent,” Bott said.

“Probably the step up in trip, if he can race a bit kinder, he’ll give himself a much better chance.”

Former Tasmanian Mister Songman makes his debut for the stable in Saturday’s Happy 21st Madeleine Sprint (1100m) and Bott is looking forward to seeing how he measures up.

The four-year-old has won four of his seven starts and Bott has seen promise in his two lead-up barrier trials and trackwork.

“He’s really progressed since we’ve had him here. He’s a lovely type, a really nice horse and I like what I’ve seen from him in his trials,” Bott said.

“I feel we’ve got him well placed but no doubt we’ll learn more about him on Saturday.”

Saturday’s nine-race card is highlighted by the Group Three Festival Stakes (1500m) with the Joe Pride-trained Pecans the early $3.80 favourite ahead of My Nordic Hero ($5) for Chris Waller and Bjorn Baker’s Goodfella at $5.50.