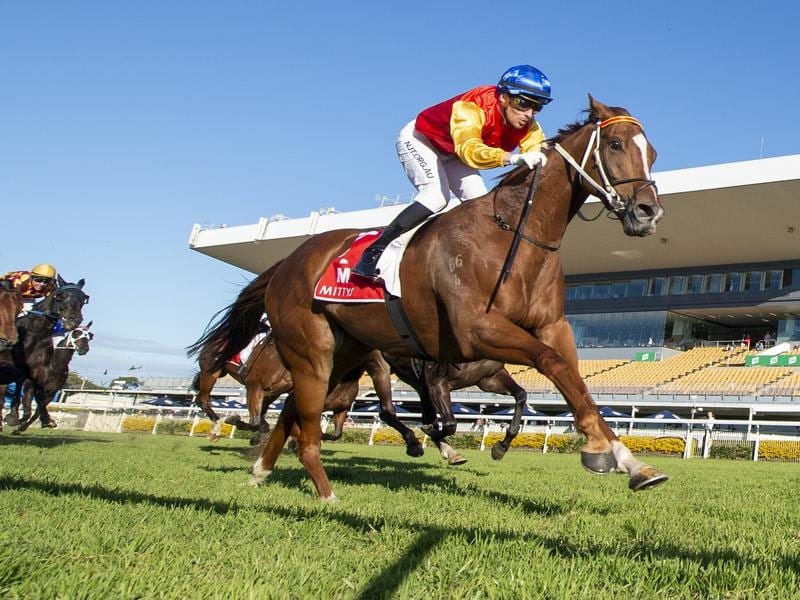 Inquiry has given nothing else a chance in an all the way win in the Spear Chief Handicap.

Wiggins drove Inquiry out of the barriers and after an early battle for the lead he showed blistering pace to establish a big margin.

“He really motored early but I had plenty of horse and he just kept going. Down in the weights he put them to the sword,” Wiggins said.

The gelding was originally with the Godolphin stable and raced in Sydney and Melbourne before being sold to Tamworth trainer Cody Morgan.

After racing in country NSW, Inquiry went to Jared Whelow in Rockhampton before he was sent to John Smerdon on the Gold Coast.

Smerdon has won two races with Inquiry but the gelding is headed out of his stables.

“He will be on a float back to Jared so he can contest races like the Rockhampton Newmarket,” Smerdon said.

Inquiry is also likely to chase the big-money sprints in Mackay and Townsville next month.