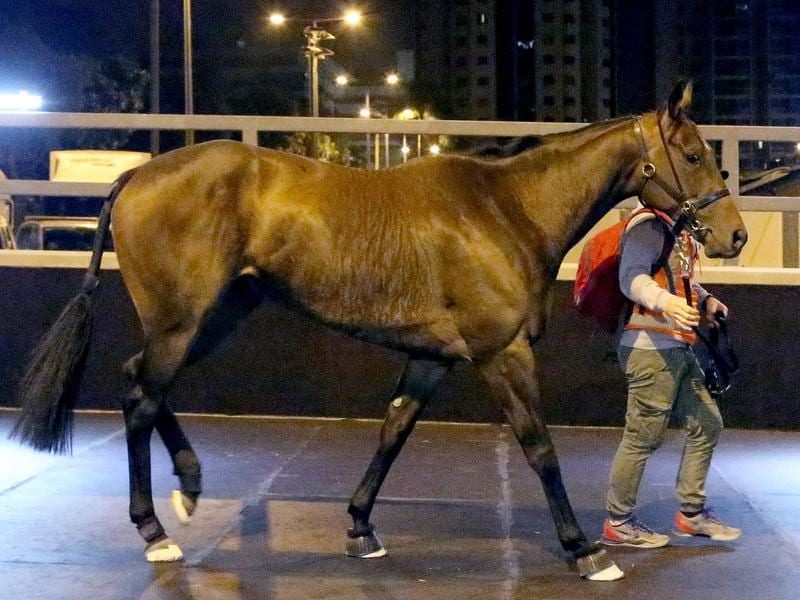 Group 1 winning sprinter In Her Time will represent Australia at the HK International meeting.

Australia’s lone representative at the annual International meeting in Hong Kong, In Her Time, has arrived safely ahead of her bid to win the Sprint.

Sunday’s meeting has attracted a strong line-up of international runners but will be without Japanese star Almond Eye who spiked a temperature and did not leave home.

In Her Time arrived without incident on Monday and the dual Group One winner will be ridden by Brenton Avdulla in the 1200m-race.

She was given a solid work-out last week at Newcastle with trainer Kris Lees happy with her condition.

“In Her Time worked on the course proper and is in great order,” Lees said on his website.

“She is pretty fit now, and we won’t do a lot with her.

“In Her Time will have every chance to make her presence felt at Sha Tin as this will be only her third start this preparation, so she is definitely not at the end of a campaign.”

At her most recent start, In Her Time finished third in the Group One Sprint Classic (1200m) won by Nature Strip at Flemington on November 9.

Cameren Swan and Mal Ollerton have accompanied the mare to Hong Kong with Lees to join them later in the week.

Up and coming local sprinter Aethero is expected to start the dominant favourite.

Irish mare Magic Wand won the Group One Mackinnon Stakes while English stayer Prince Of Arran won the Geelong Cup and was runner-up in the Melbourne Cup.

The Charlie Fellowes-trained Prince Of Arran contests the Vase (2400m) while Magic Wand, from the Aidan O’Brien stable runs in the Cup (2000m).

As part of the build-up to Sunday, the International Jockeys’ Challenge will be held at Happy Valley on Wednesday night with premier Sydney rider James McDonald to represent Australia.