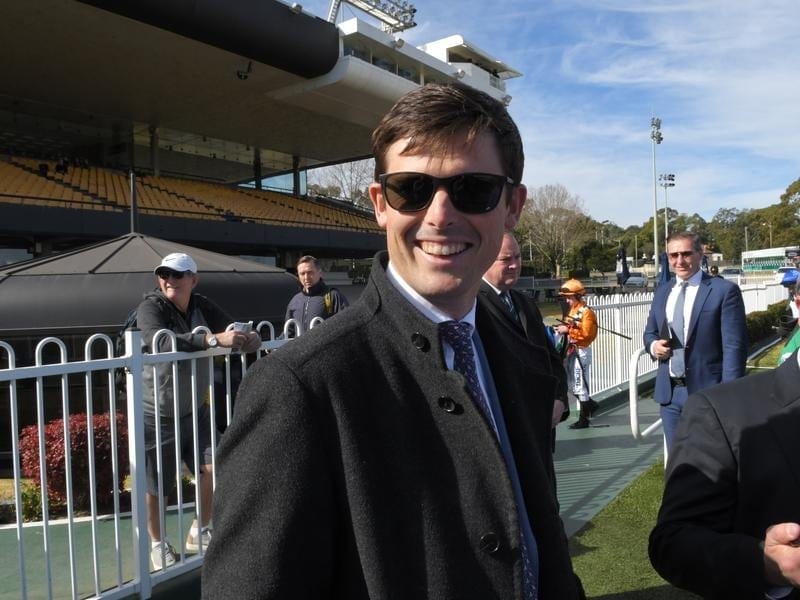 Trainer James Cummings is keen to see what Home Of The Brave can do on his Aust debut at Flemington.

After two eye-catching barrier trials in Sydney, plenty of interest surrounds the Australian debut of one of Godolphin’s latest imports Home Of The Brave in an intriguing Aurie’s Star Handicap at Flemington.

Formerly trained by Hugo Palmer in England, Home Of The Brave has won six of his 18 starts including five at stakes level before being sent by Godolphin to its Australian trainer James Cummings.

Home Of The Brave scooted along to easily win his first trial over 904m at Rosehill early last month before hitting the line under little pressure for a close second to Siege Of Quebec over 900m at Randwick on July 30.

The gelding has been one of the best supported runners in early markets and has assumed favouritism at $3.60 from Voodoo Lad ($3.70) on TAB fixed odds for Saturday’s Group Three race over the straight 1200m.

“Home Of The Brave has continued to acclimatise well as we get closer to his first-up assignment,” Cummings said.

“While he’s had a solid preliminary foundation for this, he will no doubt show improvement through the run as he gets more accustomed to how races unfold here.

“As a racy and sharp style of horse, he should still show the speed required to be competitive among these horses.”

The field was reduced from 10 to nine on Thursday after trainer Udyta Clarke was forced to scratch Rich Charm because of a cut to the sprinter’s hind leg which required antibiotics.

Home Of The Brave will be trying to follow fellow Godolphin import Avilius who made a stylish introduction to Australian racing last weekend with victory in a 1600m-benchmark race at Randwick.

Fellow import Poetic Dream, trained by Lindsay Park’s David and Ben Hayes and Tom Dabernig, has firmed to $4.40 for his second Australian start and first this preparation.

Last year’s German 2000 Guineas winner will race in blinkers for the first time having dominated a jump-out last month in the head gear before having a look at the straight course at Flemington in another jump-out last week without them.

“He’s got the potential to be a top horse but you want to see them do it,” Dabernig said.

“If he blows them away in the Aurie’s Star then we can start thinking higher.”