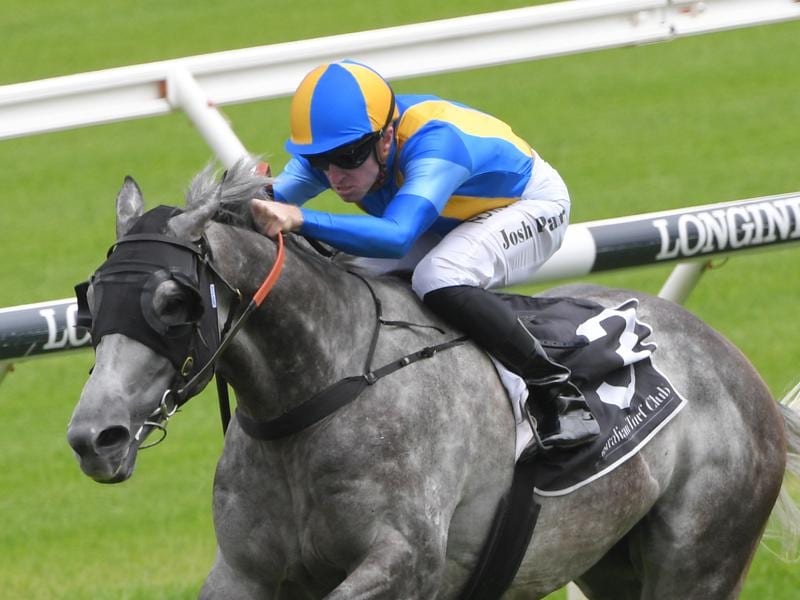 Trainer Kris Lees and syndicators Australian Bloodstock look to have unearthed another promising import in Mugatoo, who has scored a determined victory at his local debut at Randwick.

Stepping out over the shortest distance he has contested, Mugatoo ($2.15 fav) settled worse than midfield and chased hard to wear down leader Man Of Peace ($10) and win Saturday’s The Coopers Hotel Newtown Handicap (1600m) by a half neck.

Cameren Swan, deputising for trainer Kris Lees who was on his way to New Zealand for the Karaka sales, said Mugatoo delivered on the potential he had been showing at home.

“In his track work, he has just been so sharp and in his trial he looked really good so Kris elected to start him over the 1600, which is a good starting point, and it all worked out.”

Stablemate Our Candidate ($26) also turned in a pleasing performance first-up, running on to grab third another 2-1/2 lengths away.

“The Sydney Cup will be his long term plan but it was a good starting point for him too,” Swan said.

Winning apprentice Robbie Dolan said the fact Mugatoo had performed so well first-up was a good sign for the future.

“He showed that today, it wasn’t a bad race and he put them away easily in the end.”

A race earlier, the Bjorn Baker-trained Fun Fact ($4.60) was unable to take up his customary leadership role but still got the job done in the PFD Food Services Handicap (2000m).

Josh Parr was surprised he was unable to find the front but said it worked out for the better when he took a sit behind Nash Rawiller on Mushaireb.

“Obviously different tactics from Nash. It was actually great for me because I went the same speed I would have gone in front although I had cover this time,” Parr said.