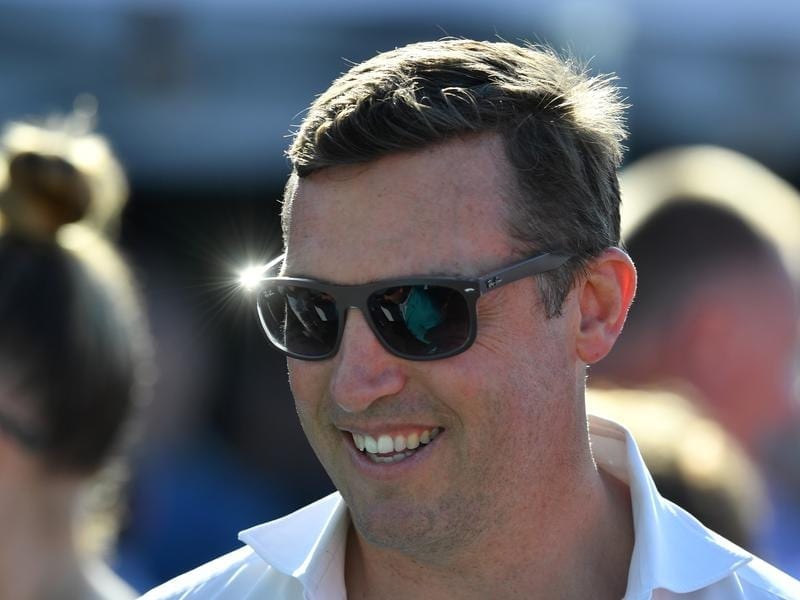 Vastly improved gelding I’m A Rippa surprised even his trainer Tony Gollan with the time he ran in winning the Group Three George Moore Stakes at Doomben.

I’m A Rippa ($5.50) gave Gollan his fourth winner for the day, a feat he has now achieved three times in the past six weeks.

It was Gollan’s third win in four years in the George Moore Stakes and again started the summer carnival on a high for him.

I’m A Rippa was regarded as a handy horse before he won the QTIS Magic MIllions race in January and he has not looked back since.

He won the Listed Eye Liner Stakes and BRC Sprint in the winter before coming back with a first-up third in the Keith Noud Quality two weeks ago.

Gollan said he was proud of both his horses who had run “super on the day”.

“I’m A Rippa has run 1.8.43 which is slightly faster than my other horse Zoustyle ran in winning earlier in the day,” Gollan said.

“If you had told me this morning I’m A Rippa would run faster time than Zoustyle I would have laughed. But he surprised me today.”

“He can go on to race in the summer sprints and then finish up in either the QTIS Millions race or the Magic Millions Cup.”

“The difference today was that I’m A Rippa could lead at a slow pace and then sprint away,” Gollan said.

Jockey Brad Stewart said he had been able to dictate the pace which had handed him the race.

Most Important went past $1 million in earnings with his second and will also push into the summer and the Millions.

Dale Smith who rode Victorem said the gelding had run well and had not been suited by the slow early pace.