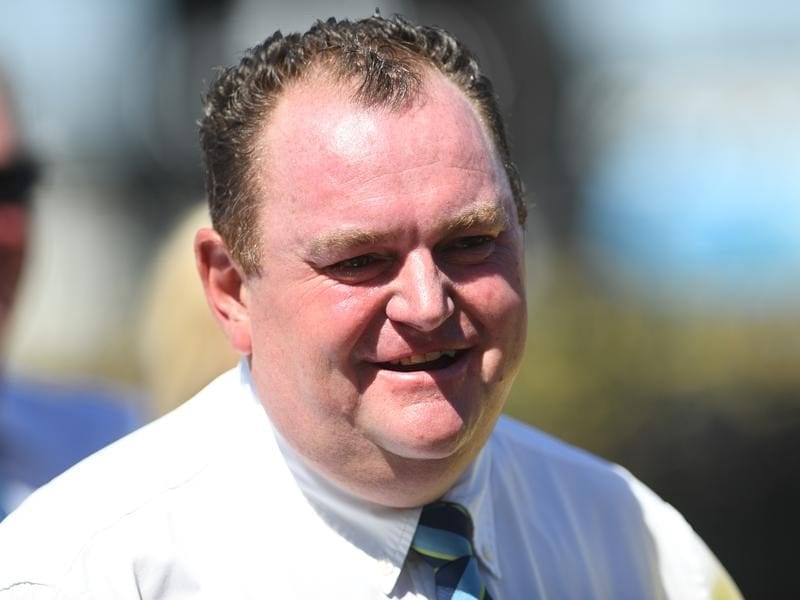 Co-trainer Troy Corstens is hoping Illuminaire can give the stable a Listed win at Caulfield.

Flemington-trained two-year-old Illuminaire is set to make her Melbourne debut in a stakes race at Caulfield.

The Leon and Troy Corstens-trained filly has to date done all her racing in Adelaide.

At her first start she finishied second in the Magic Millions 2YO Classic in March before returning there for a shot at the Listed Dequetteville Stakes at Morphettville on April 14, finishing just out of the placings.

On Saturday she runs in the Listed Redoute’s Choice Stakes (1200m), a race the father and son training team won with Kobayashi last year.

Kobayashi was ridden by Ben Thompson who takes the ride on Illuminaire on Saturday.

Troy Corstens expects Illuminaire to be able to be ridden a little quieter on Saturday after drawing barrier three in the nine-horse field.

After drawing off the track at both starts in Adelaide, Illuminaire has been forced to roll forward to take up a forward position.

“It was more circumstance than a requirement that she was ridden in that style,” Corstens said.

“Both runs in Adelaide were really good but it’s nice to have drawn a gate this Saturday as well for a change.

“She’s been pushed forward a bit more than what we would have liked at both her starts but I think we’ll be able to take a sit and have her running third or fourth on Saturday.

“I think she’ll settle and I think we’ll see a different finish.

Corstens said the travel to Adelaide suited her campaign although he was happy to be racing closer to home on Saturday.

“We had the Magic Millions in mind for her and then last start it suited the campaign and it was also for the black type,” Corstens said.

“We freshened her out of the first race into the second one.

“It was a pretty good run second-up and it should have her pretty spot-on for Saturday.

Corstens says Saturday’s outing will be Illimunaire’s last before she has a break before a spring campaign.

“Hopefully she can pick up some black-type on Saturday and then that will be out of the way ahead of the spring,” he said.