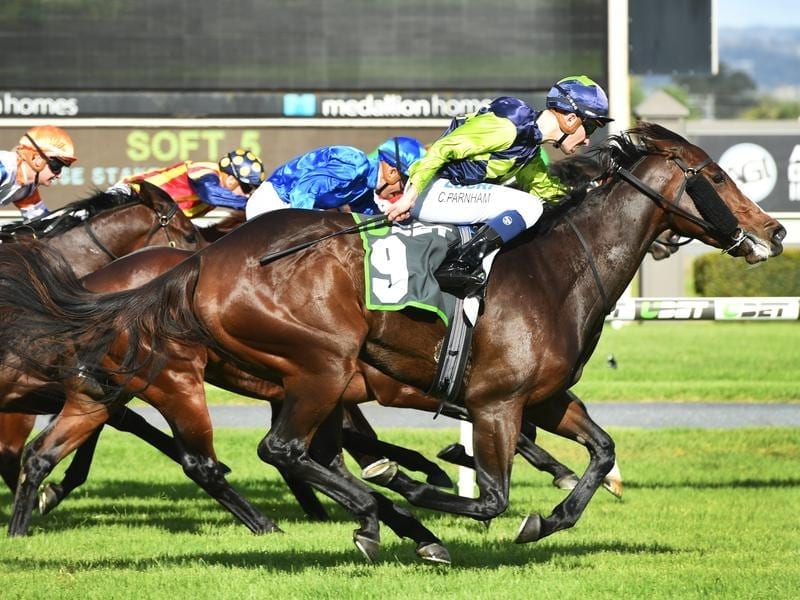 Trainer John McArdle says I’ll Have a Bit (right) can make her presence felt in the Winterbottom.

I’ll Have A Bit forms part of a strong eastern states representation in the Winterbottom Stakes in Perth where the mare gets her second chance to snare a Group One win.

The John McArdle-trained I’ll Have A Bit finished third in The Goodwood (1200m) in Adelaide in May, won by star sprinter Santa Ana Lane, in her only previous attempt at Group One level.

Mornington trainer McArdle said Saturday’s $1 million Winterbottom (1200m) at Ascot was not initially on the agenda but the mare heads to the race in good order off two Melbourne lead-up runs in Listed races in which she has finished strongly for two thirds.

“She got hurt after The Goodwood so we knew we were going to miss most of the spring,” McArdle said.

“The idea was just to give her one, maybe two runs in the spring and bring her back for the autumn.

“But then her owner Terry Martin saw the race and said ‘why don’t we have a go?’

“So we got her ready in a bit of a hurry but she seems to have copped it all right and we’ll have a crack.

“No matter what she does she’ll come home and go to the paddock and get ready for the autumn.

“She’s coming off a limited prep but she seems to be fine and hasn’t left an oat since she’s been there.

“She looks good in the coat and is nice and bright and happy.

Chris Parnham, who won the Group Two Euclase Stakes on I’ll Have A Bit and was also aboard in The Goodwood, takes the ride.

One of six horses from the eastern states in the Winterbottom, I’ll Have A Bit was at $12 on Thursday with defending champion Viddora $2.90 favourite.

“She’s up to this grade, I have no doubt about that, whether it’s now or whether it’s in the autumn,” McArdle said.

“Obviously Viddora is going to be hard to beat. If Voodoo Lad and Malaguerra bring their right form then they are good, and obviously a few of the West Australians are going well.

“But hopefully there will be plenty of speed on and she will be able to rattle home over the top of them.”