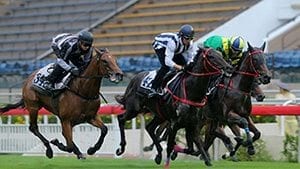 The current favourite with bookmakers, Season Bloom is a five-year-old Australian bred which has won three of its last four starts.

Trained by Danny Shum, the son of Captain Sonador enters the Hong Kong Mile having won the Group 2 Jockey Club Mile at Sha Tin last start and its only recent defeat came over an unsuitable distance of 1400m.

Seasons Bloom has improved steadily throughout the season after showing great promise earlier this year. He finished second in the Classic Mile, third in the Classic Cup and fourth in the Hong Kong Derby – all behind champion runner Rapper Dragon.

It took a while to recover from those performances, but he has improved significantly this time around with wins coming over Blizzard, Helene Paragon and Beauty Generation. 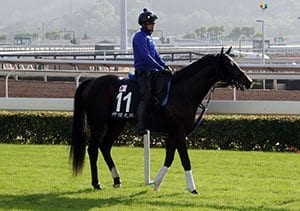 The Japanese runners are always tough to beat at the International meeting and despite being down on form, Satono Aladdin has been very well backed with bookmakers.

A son of Deep Impact, the six-year-old finished 18th in the Tenno Sho (Autumn) behind Kitasan Black before running another disappointing 12th in the Group 1 Mile Championship behind Persian Knight.

It’s certainly not the same form which saw it win the Group 1 Yasuda Kinen in April, which was its first run back after running seventh in the 2016 Hong Kong Mile.

We’re not sure it has improved enough to better that result from last year, but punters are confident. 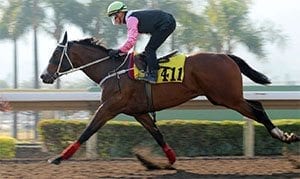 2016 Hong Kong Mile winner Beauty Only is on the third line of betting, but there isn’t much confidence with punters.

The Tony Cruz-trained runner hasn’t won since this time last year and there has been little to be inspired about. A placing in the Group 1 Champions Mile was solid, but fourth has been its best result since that day.

Punters will need to take a risk when backing Beauty Only, but it’s capable of recapturing it best form two years running. 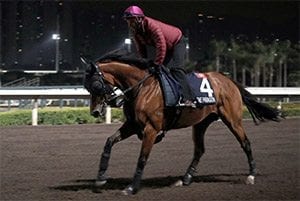 One of John Moore’s best thoroughbreds, Helene Paragon is a value chance at $7.

The five-year-old by Polan comes into this race with solid form, which includes a second placing in the Group 2 Jockey Club Mile. That seems to be the best form coming into this race and it’s at a much better price than Seasons Bloom.

Finishing second in this race last year, the talented thoroughbred has since won the Group 1 Stewards’ Cup and the Group 1 Queen’s Silver Jubilee Cup. That’s solid form and he’s bound to have his supporters. 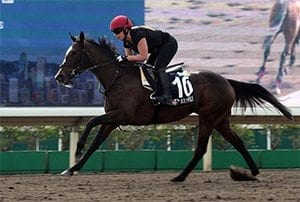 Aidan O’Brien is taking a risk with this three-year-old filly. Coming up against some of Asia’s most seasoned thoroughbreds will be its biggest test to date, but that hasn’t scared off punters.

The filly by Kentucky is coming off a poor performance in the Breeders’ Cup Mile at Del Mar a month ago, but its form prior would suggest that it has enough quality to win in Hong Kong.

A group one win at Newmarket in July was followed up with a Group 1 Prix Rothschild win in France later that month. French form typically holds up on the world stage and she adds some real interest to the race.

This isn’t a race for fillies, but watch the market movement with interest. 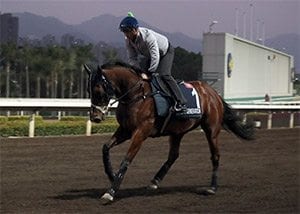 Beauty Generation is an emerging talent for John Moore after winning twice from three starts this preparation.

The former Australian runner, which finished second in the Rosehill Guineas behind Tarzino before running a credible fourth in the Group 1 BMW behind Preferment, looks a strong chance based on its recent form.

He won the Group 3 Celebration Cup over Seasons Bloom in October before winning again in the Sha Tin Trophy over the mile. It wasn’t able to muster the same effort in the Jockey Club Mile last start, but it’s more than capable of turning those placings around. 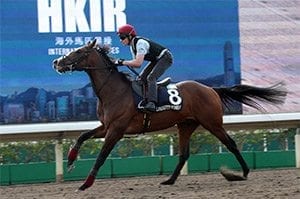 The second three-year-old runner for Aidan O’Brien, Lancaster Bomber finished well ahead of its stablemate Roly Poly in the Breeders’ Cup Mile and the double-figure odds should be appealing to punters.

A well-travelled colt, the son of Kentucky has gone from Goodwood to Woodbine to Ascot and back to America at Del Mar – all in the space of three months. That travel might catch up to it in tough Hong Kong conditions, but there’s no denying his talents on the race track.

Having played second fiddle behind Churchill for most of its career, Lancaster Bomber is seeking its day in the sun. 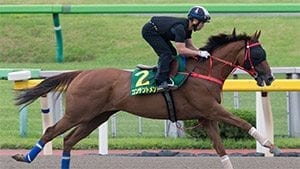 Contentment is an interesting runner which punters typically end up including in their selections as a saver.

The six-year-old for John Size has won only one race since taking out the Silver Jubilee Cup in 2016, but that happened to be the Group 1 Champions Mile in May this year.

His inconsistency makes it tough for punters to trust the Hussonet gelding, but he’s talented at best and that’s always a danger in races like the Hong Kong Mile.

A recent ninth in the Celebration Cup isn’t anything to get excited about, but think twice before leaving it out of your bets. 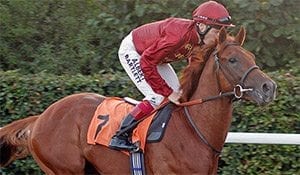 The six-year-old is trained by David Simcock and enters this race having finished sixth in the Group 1 QEII at Ascot in October. It was no match for the likes of Persuasive, Ribchester and Churchill, but those three runners would be odds-on to win this race.

Its lack of winning form at the top level is a concern and we’re not sure it has enough speed to compete with some of these in Hong Kong conditions. 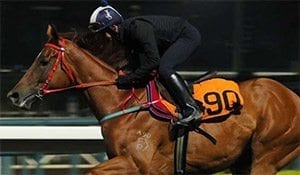 Western Express is an Australian-bred five-year-old which has yet to show form at this level.

The John Size-trained gelding has disappointing results against some of Hong Kong’s best thoroughbreds. It finished 10th in the Classic Mile, 12th in the Classic Cup and 8th in the Jockey Club Mile last start. 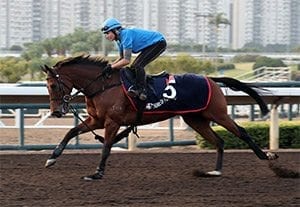 It’s tough to see Horse of Fortune turning its form around after finishing seventh in the Jockey Club Mile.

The Tony Millard-trained runner won at group three level this preparation in the Premier Plate, but it has struggled against better opposition throughout its career.

The $26 on offer is a nice price, but place chances seem best. 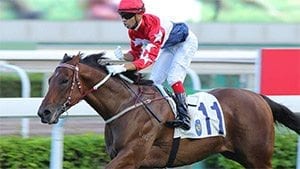 John Moore lines up Joyful Trinity, which would need a massive form reversal.

The five-year-old isn’t racing in good form after finishing 11th in the Sha Tin Trophy and 12th in the Jockey Club Mile.

Having showed good form when running second in the Stewards’ Cup earlier this year, Joyful Trinity has gone right off the boil and only improved race fitness could see it figuring in the finish. 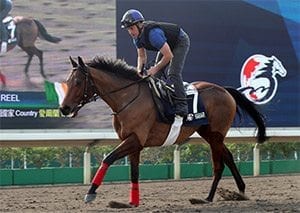 Karar is a French hope which was no match for the two Aidan O’Brien runners in the Breeders’ Cup Mile.

That’s not going to be the best form line coming into this, despite its recent group three win in France. It’s another runner that has struggled in the top grades and a victory here would be a big surprise and it’s not an overly impressive type in the flesh. 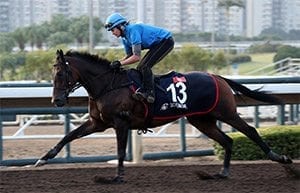 An Australian bred by Not A Single Doubt, the Caspar Fownes-trained runner has shown no recent form and this looks to be a shot in the dark for connections.

Granted it did finish fifth last start in the Jockey Club Mile, its form prior doesn’t come close to warranting attention in the Hong Kong Mile.